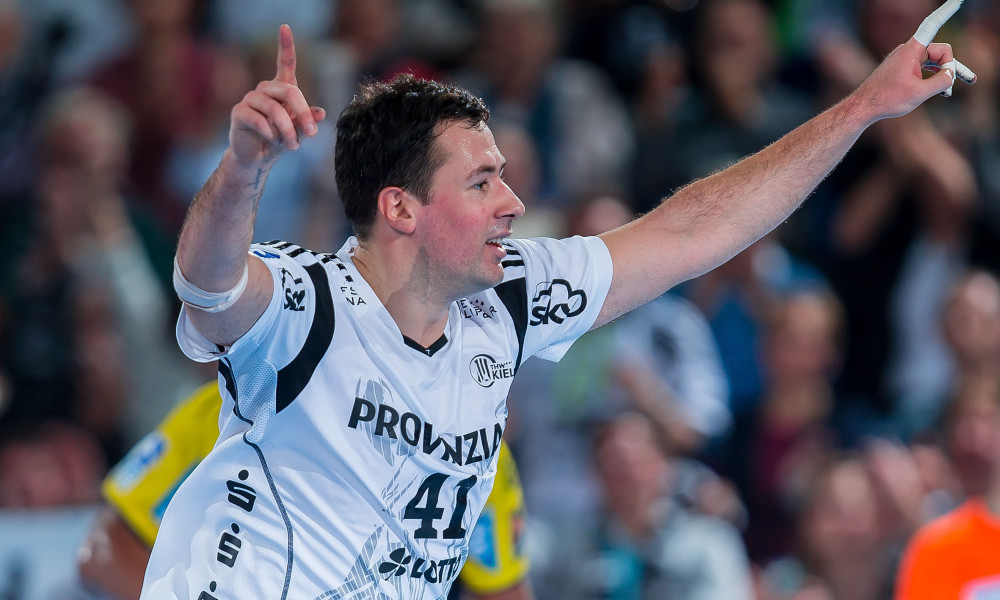 Mighty THW Kiel stumbled, but didn’t fall at lowly HBW Balingen-Weilstetten, but lost a vital point in the title race in a 22-22 (13-10) draw. It was a hard fight until the end in a game which showed why the DKB Handball-Bundesliga is probably the best, but also the most entertaining league in the world. The big-time favorite from the North went on a 15-minute (!) scoring drought at the end of the game and was able to equalize in the finale minute of the game thanks to a goal by Blazenko Lazkovic.

Just seconds before Jannik Hausmann wasted a golden opportunityto make it 23-21 and secure two points for the host, but Nikolas Katsigiannis was able to deny him and also Fabian Böhm in the dying seconds of the match. HBW’s new coach Frank Bergemann had taken a time-out 19 seconds before the end, with his team being a man up, but Balingen wasn’t really able to create a clear scoring chance.

While the tie means Balingen was able to move one point ahead of the Bergischer HC and a point closer to TVB 1898 Stuttgart, the defending league champion finds itself in third place right now, two points behind the Rhein-Neckar Löwen, who’re now another step closer to their first ever German championship. No surprise Kiel’s coach Alfred Gislason left the court withouth shaking hands with Bergemann or the referees.