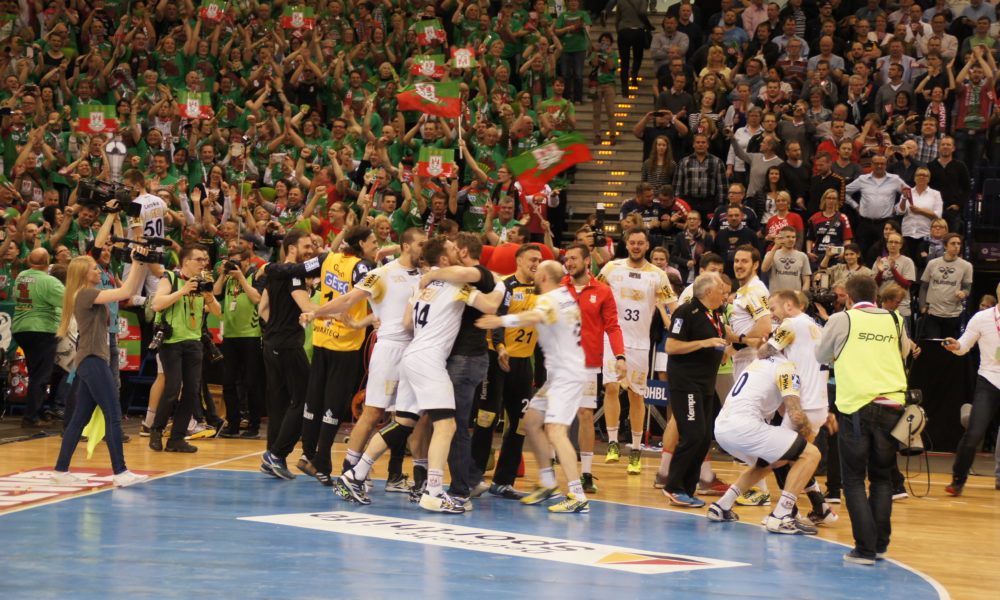 The SC Magdeburg used a sprint start to win the German cup, 32-20 (14-12) against the SG Flensburg-Handewitt in front of more than 13.000 fans in Hamburg’s Barclaycard Arena. The victory came as a surprise to many, especially after the SCM was lucky to escape with a win against lowly Bergischer HC in the semi-finals yesterday. Austrian winger Robert Weber led his side in scoring (10/5), while Danish international Michael Damgaard scored nine time.

For Flensburg Jim Gottfridsson netted six times. Coach Ljubomir Vranjes said after the match that he asked his players to push it one more time after the break, “but the batteries were empty. Obviously it was tough that we missed Rasmus Lauge, because we relied on him all season long.”

Bennet Wiegert, the 33-year old rookie coach of Magdeburg, had taken over the team in December. He was still under shock after the cup handover. “I need to go home now, let it all soak in and maybe then I will be able to realize what happened.”