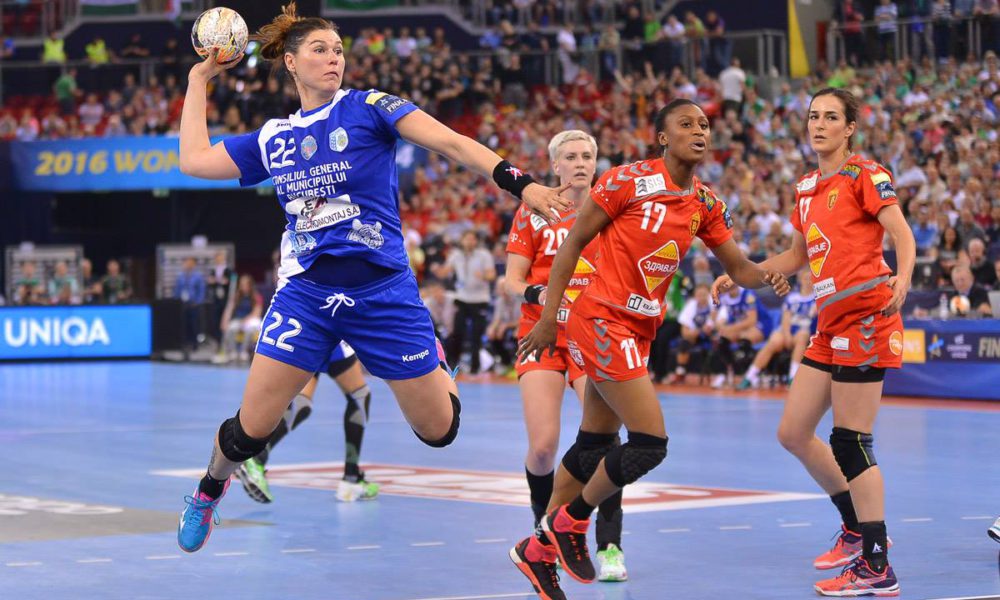 The second semifinal between the newcomers in Champions League from CSM Bucuresti and Vardar, which qualified third time ina  row to the F4.

The first half CSM Bucuresti gave no chance to their opponents, with a fantastic Jelena Grubisic in the goal, saving more than half of Vardars balls in the first half she gave confidence for her team. Prepared well tactically by Kim Rasmussen the Romanian team gained a five goals lead, 14-9. Manea, Rodriguez and Jörgensen scored three times each meanwhile on the other side only Radicevic and Lekic managed to score twice.

The second half continued in the same manner, Bucuresti had an advantage of 11 goals, 22-11 after 45.minutes of play.

Some good fight in the last ten minutes of this semifinal, but CSM Bucuresti makes it to the final at their first participation in the Champions League, amazing performance.

Energy, focus, defence and teamwork-keywords from Győr’s victory
Győr in the final after big clash against title holders