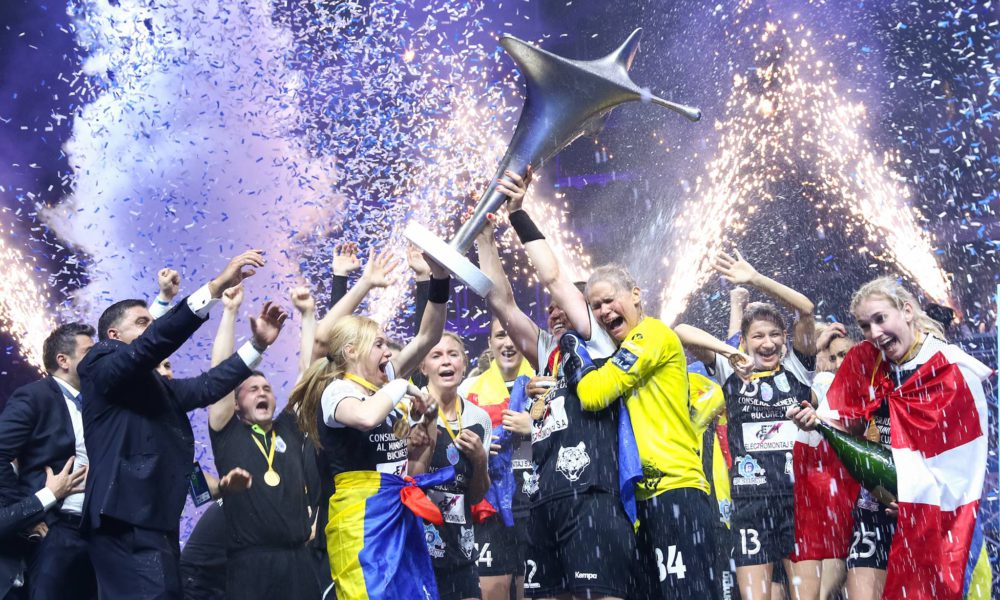 Győri Audi ETO KC has gone all the way starting from qualifications as they lost last year’s Hungarian title, CSM Bucuresti had the first of their CL season and they are in the final.

Győr has a large experience, they were in Champions League finals  four times earlier, winning it twice already.

CSM Bucuresti has only one player which won CL, Cristina Varzaru is three times winner of the title at her time in Viborg. Vetkova, Bradeanu, Martin, Torstenson or Grubisic has the experience of semifinals or  even finals, so they are not as newcomers as they seem. 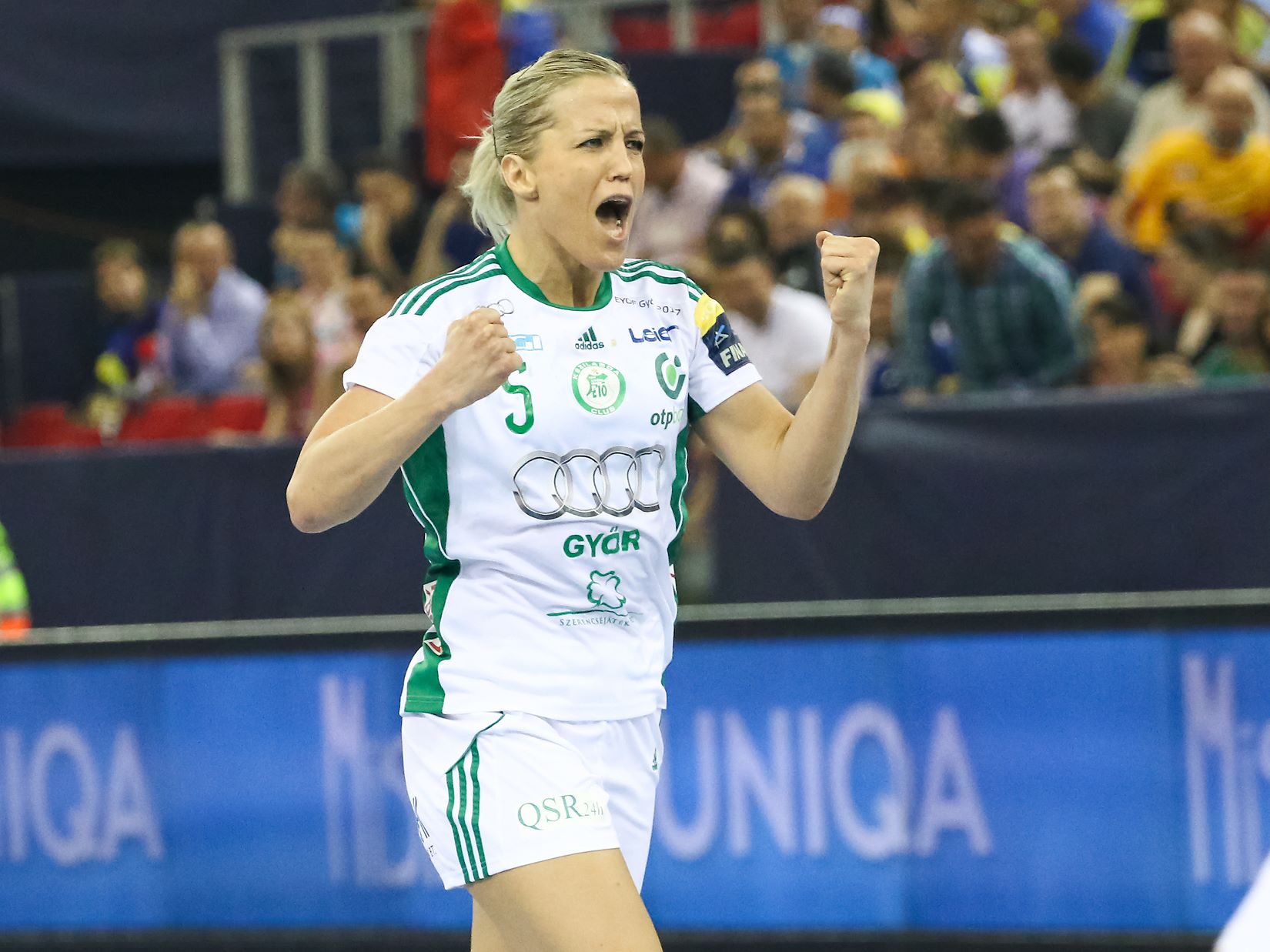 Győr defeated Buducnost in the semifinal in a tough fight, meanwhile CSM Bucuresti has run over Vardar unexpectedly easy.

Close fight in the first fifteen minutes, Gulldén scored five of Romanians six goals, Győr was effective by Löke, Sulland, Amorim and Broch, 6-8, when Kim Rasmussen called his first TO. There was a tiny difference between two teams which were fighting equally all the way, 7-9, 8-10. Then CSM managed to level the game at 10 -10.

Th result was still even at 12-12, in the last minute of the first half. Amorim was out with a 2-minute suspension, Oana Manea got a seven meter and Gulldøn transformed the penalty, scoring her eighth goal in the match.

Heidi L0ke,l Eduadra Amorim and Nycke Groot were those who could get through Grubusuc, Gullden was scoring again from seven meters, otherwise not many of her teammates were on the scoring list.

Dying seconds of the match when G0rbicz scores from seven meters 21-22 but Torstenson equalized three seconds before the end. Ambros Martin took a timeout, not much time to do the victorious goal. 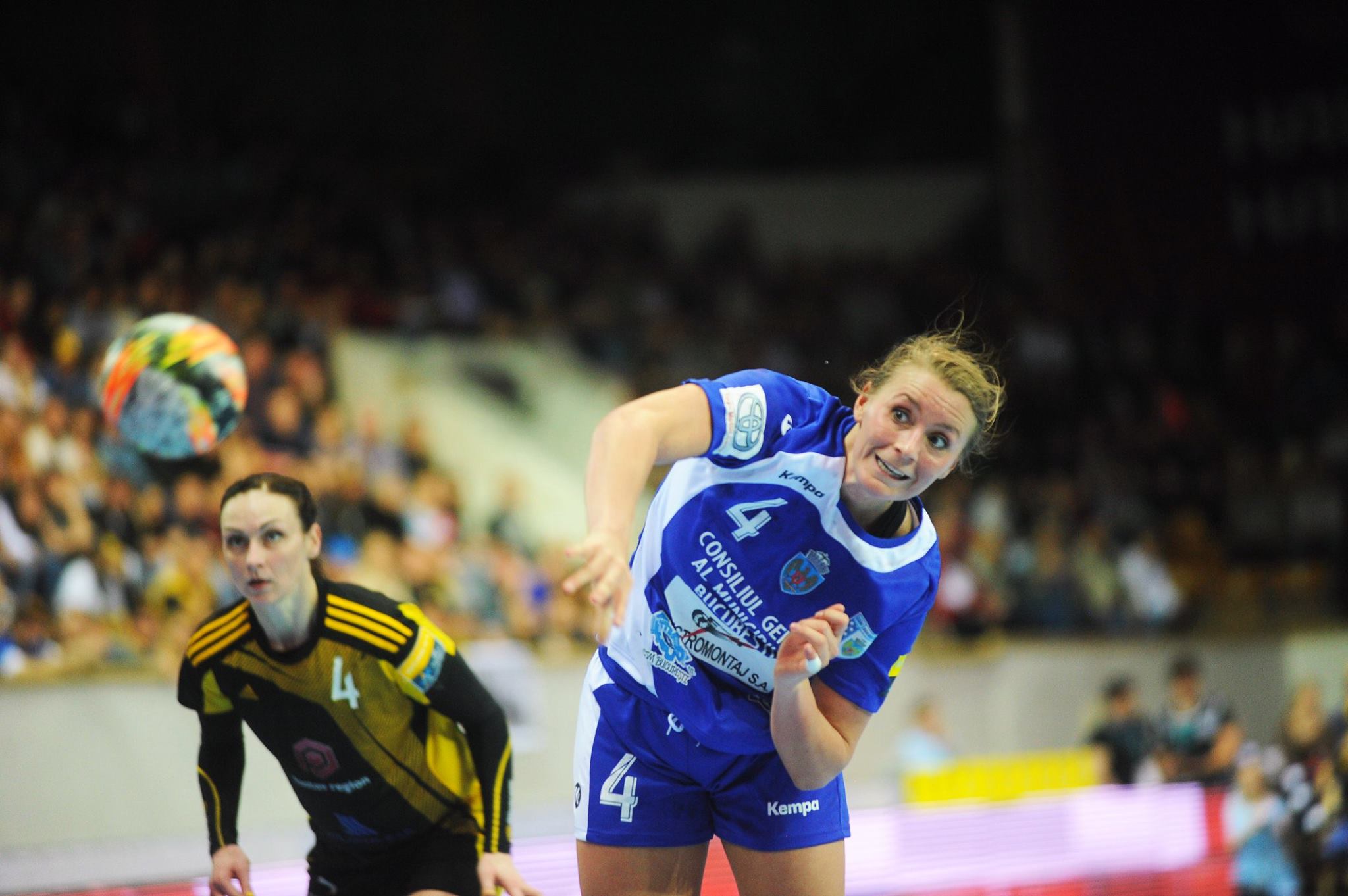 Goal Amorim 22-23, Grimsbø saved from Torstenson, Bradeanu received 2 minute suspension, then Knedlikova sored from the right wing, 22-24. Bucuresti had a long attack,  without scoring, then Gyor missed the ball twice, but CSM did not manage to score either. First extra time: 22-24.

Torstenson scored fro 23-24, then Amorim made an offensive fault, but CSM lost the ball in attack as well.

The crowd became crazy, Hungarians supported their team from the stands, and Groot scored from right back, then Manea netted from the lineplayer position, 24-25.

Gyor played to passive, Bucuresti attack stopped by Amorim, who got a 2 minute suspension at this time. Halv minute to go when Bucuresti got a penalty Gullden scored for 25-25.