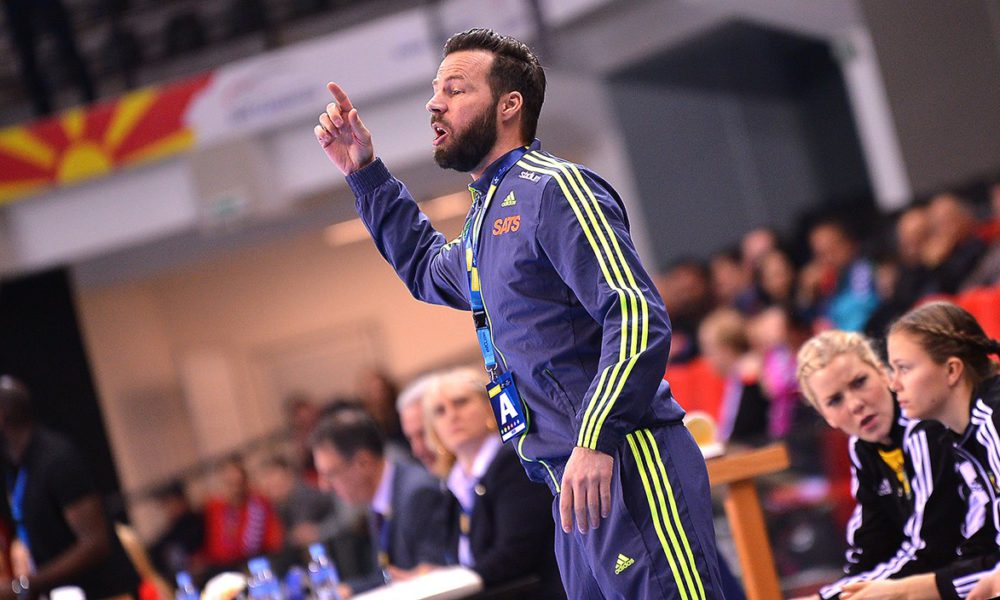 Swedish Handball Federation has announced today the new head coach of the women national team. To find the right person for this job was an emergency as Sweden has qualified for the Olympic Games in Rio and they did not have a head coach.

Danish Helle Thomsen was the head coach during the Olympic qualification tournament, Sweden managed to qualify, but Thomsen’s duties was done after this tournament. She was the federation’s first choice, but there was no answer from her side and they had to move forward and find the new head coach to lead the national team in Rio.

Today has been officially announced that the new Swedish head coach will be a Swede, no one else then head coach of IK Savehof, Henrik Signell.

The 40-year-old coach has signed a two-year agreement and will continue his work at the club, IK Savehof.