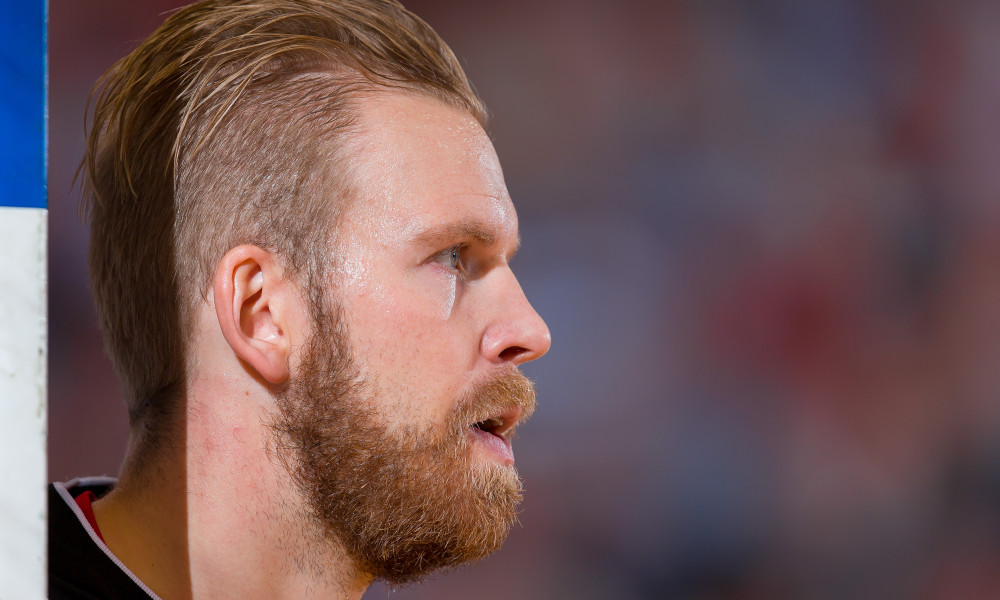 Good news for all fans of DKB Handball-Bundesliga side MT Melsungen: The Kassel-based club was able to signe Swedish goalkeeper Johan Sjöstrand to two-year contract extension. The 29-year old, who had joined Melsungen last summer in a transfer from THW Kiel, had a deal running until the end of the 2017/18 season. The new contract was announced just prior to today’s game against Kiel and earned a loud round of applause from the stands.

Alex Geerken, the manager, was quite happy about Sjöstran’s signature: “It’s not granted that a player with his quality and reputation signs for such a long time. A lot of clubs, especially European top clubs, would love to have a player like him. It shows the development of our club that he now has signed with us for five overall years.” Sjöstrand, prior to playing for Kiel and Melsungen, was playing for FC Barcelona before moving over to Germany.

“It’s a great feeling if your club trusts you that much and offers you such a long-term deal after less than a year of working together. I just like it here a lot, the team, the coach, the people around the team and in the region”, the Swedish horse racing fan added, when asked about his decision.