Győr back on top in Hungary 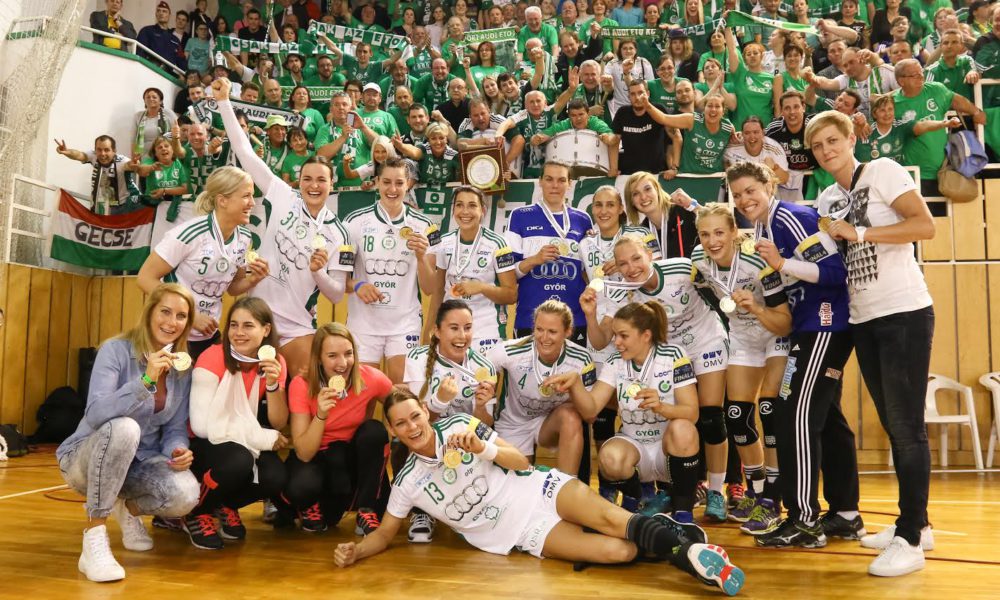 photo: Tamás Csonka
Győr back on top in Hungary

Hungarian League final was played this year again between Győri Audi ETO KC and FTC Rail Cargo Hungaria , as in the previous years.

After winning the semifinals, Győr defeated ÉRD twice and FTC managed to defeat DVSC also in both matches the two rivals met in the finals.

Bronze game was won by ÉRD in the first leg against DVSC, the second game will be played this week.

The first match was organized in Audi Arena Győr, which was a close fight where Győr showed a solid defence, but had some problems in attack, and won the game at 26-22 (11-6).

The second leg was organised today in Budapest and after a 9-9 at pause, Győr won the game at 21-27 (9-9), even without Heidi Löke, injured and out of play for several weeks.

Gábor Elek, head coach FTC: ” I hoped for a better performance from my team, especially in attack we needed to play better today, our backcourt play was weak. We tried but it  did not work at all.

After the break we had some hope to get back into the game, but it was only a shorter period when we managed to make a close race. The reality is that we have been defeated by a better team.”

“We expected to play a difficult, tough game as we played. We managed to focus and set the tempo of the game which was needed in a final, and in the crucial moments, the team has controlled the game.

” We had many good individual performances, but this comes second when I have to mention that we played without six injured players and despite this we won the gold. The fact shows the power and strength of my team.”