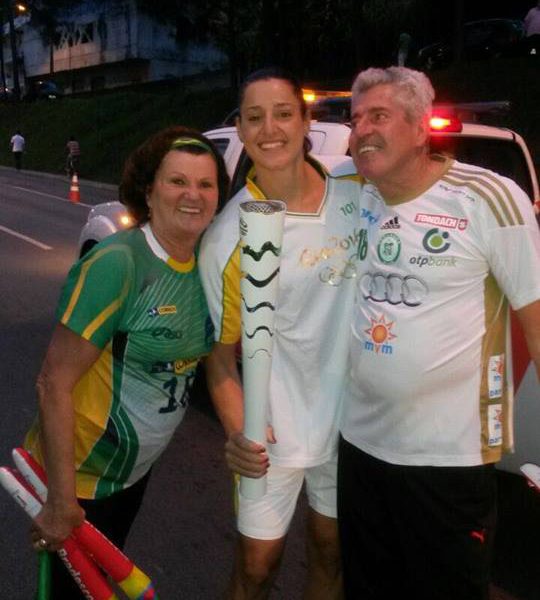 12 July 2016 will be a date to remember for Eduarda Amorim. IHF Player of the Year 2014 had the pleasure to carry the Olympic flame when the torch relay passed through her native town Blumenau, on its way to Olympic city Rio de Janeiro. The world class Brazilian started her handball journey in the town located in Santa Catarina state in South Brazil, and this journey took her to the top of the world with the national team and with her Hungarian club Győri Audi ETO KC.

Eduarda Amorim said a few words about her feelings:

“It was very exciting to carry the Olympic torch, it is a pity that my time with the flame went by so fast. It was an honour to represent my sport, especially in my city where so many people fight for sports. I am really happy I could have this opportunity and experience this. It made my Olympic Games more complete.” 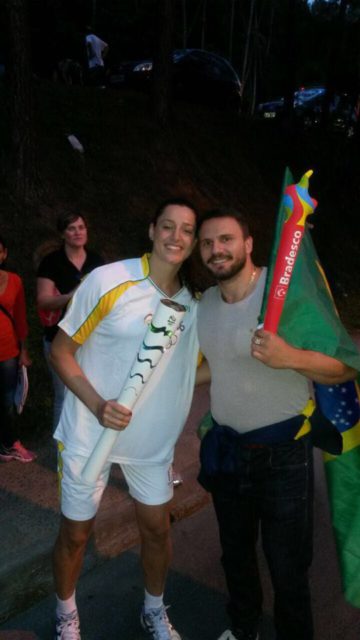 Eduarda Amorim and her husband Dean at the torch relay.

It wasn’t only special for her but also for her whole family: Duda’s sister, Ana Amorim Taleska also had the pleasure to carry the flame in Blumenau. Ana was a professional handball player too, she represented Brazil at the 2004 Olympic Games in Athens. As an older sister, she was Duda’s example to follow when she chose to start playing handball.