Argentina didn’t arrive to Rio de Janeiro with great hopes of progressing in the competition, and as expected, they suffered two defeats in the first round, one against Sweden and one against the Netherlands. On the other hand, France lost a match to Russia, but won the first against the Dutch girls. In the third round, Argentina couldn’t dream about beating the superior Europeans but they wanted to make them work for their two points.

France made it clear already in the first minutes that they don’t intend to give a single chance to Argentina, with 15 minutes played, the Frenchwomen took a 7-2 lead, five of the French goals scored by the pivot Laurisa Landre. Laura Glauser seemed strong in the French goal, and her saves gave her team the chance to score easy goals on fastbreak. Even though Argentina’s goalkeeper, Valentina Kogan put up a good performance, she and her teams couldn’t stop the seemingly stronger French team: the difference grew to 10 goals in the 29th minute. They went to the halftime break with 15-4 in favor of France. 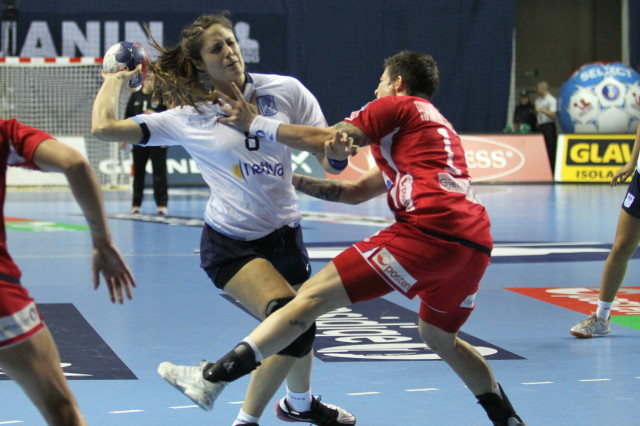 As the match was already decided, France didn’t want to risk anything in the second half, while the game flow didn’t change at all. The difference kept growing between the two sides, the French team was superior and confident while Argentina tried everything with the support of the crowd, but they couldn’t come closer to the strong Europeans. Olivier Krumbholz could give a rest to her key players like Alexandra Lacrabere, Amandine Leynaud or Allison Pineau – they will need their power in the upcoming important battles. France came off with a big victory against Argentina, 27-11.