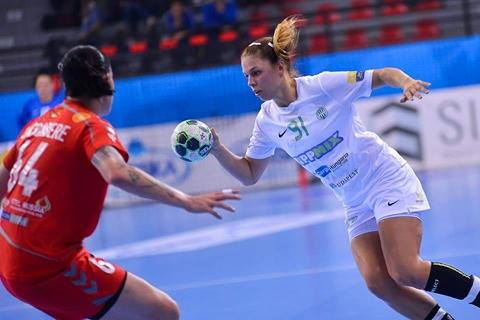 The Group Stage of the EHF Champions League has officially started tonight with the derby of Group B between ZRK Vardar and FTC-Rail Cargo Hungaria. The chances were more on the side of Vardar because of the advantage of the home court – and because of the depth of the squad -, but the experiences of the last seasons showed that Vardar can be beaten in the beginning of the season. However, FTC has played some tense matches in the Hungarian league while Vardar made their debut on higher level this season tonight.

FTC didn’t get scared in the Jane Sandanski Hall, they were not only keeping themselves in the game but also going in front. Vardar seemed to struggle to find their game but from the middle of the first half, they managed to keep a lead of 1-2 goals. On Vardar’s side, mostly the wings – Jovanka Radicevic and Camilla Herrem – and Andrea Penezic were active, while FTC was led by Zita Szucsánszki, Nerea Pena and Anikó Kovacsics. In the second part of the first half, Vardar seemed to get into the game but the real team work was missing on the Macedonian side: mostly the individual actions led to success. The difference at halftime (17-14) was more than the picture of the first half suggested. 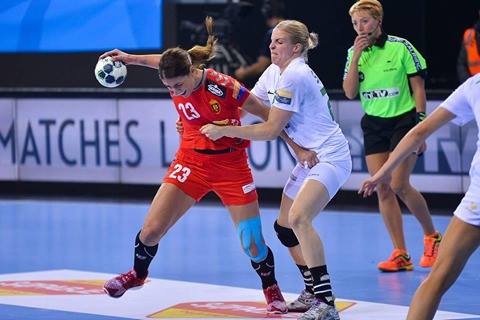 The second half started with a goal for Vardar, and at this point, it seemed Vardar has found the rhythm. But after this, the Hungarians found the way back into the game and came closer to the Macedonian superpower minute by minute. The Macedonian shots were not as exact as before and the wings didn’t have a chance to shine any more, so after a bit more than 10 minutes gone from the second half, FTC equalized the score (20-20). After this point, the both teams went hand in hand and as the “money time” of the game came closer, none of them wanted to take more risk than necessary.

The Hungarian runner-up was in better position in the last minutes, they took the lead for the first time after a long time entering the last five minutes. However, Vardar didn’t let them breathe as they managed to equalize every time. In the last minutes, one of the best players of Vardar today, Alexandra Lacrabere equalized from a penalty and as FTC missed a shot after passive play, the home team even had the chance to win the match. However, after Indira Kastratovic’s timeout, with an easy mistake, Vardar lost the ball straight away and as there was no goalkeeper in the home goal, FTC tried a shot – and the ball hit the post. The Hungarians were just a few cm away from the victory – still they can be happier with the one point (27-27). Ferencváros can go home with one very valuable point in the bag, they were playing closer to their best than their opponent, with more passion and determination to win.