ÉRD close to the next round against Issy 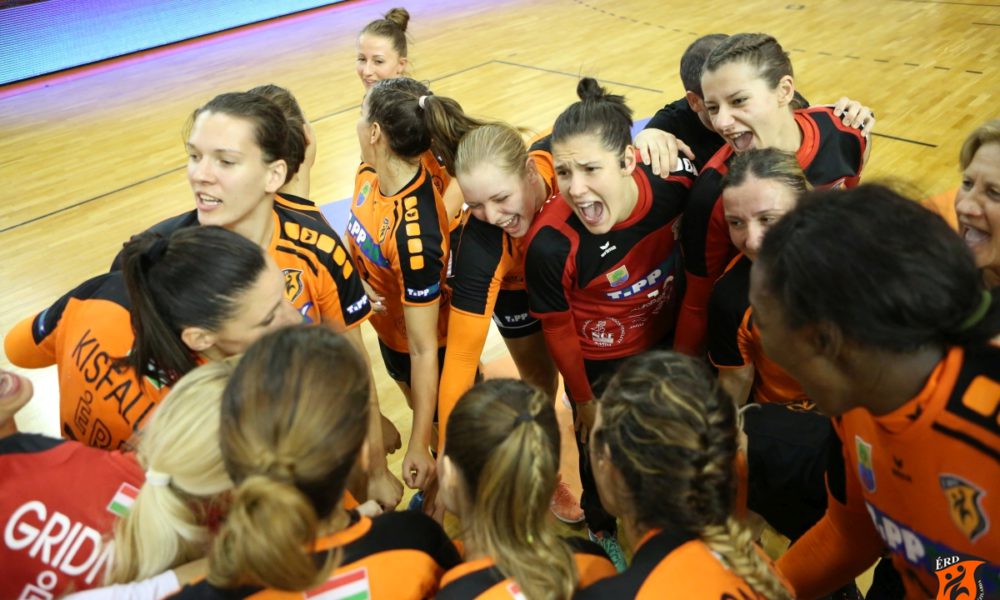 Photo: Dénes Balázs / handballerd.hu
ÉRD close to the next round against Issy

After meeting last season in the quarterfinals of the Cup Winners Cup, ÉRD and Issy Paris met again, this time in the second round of the EHF Cup with the new system. Last season, Issy Paris knocked out the Hungarian bronze medalists from the international competition by the away goal rule, both matches were decided by only one goal. That result could really have been nerve-breaking for ÉRD as they were leading by 5 goals during the first match and were closer to the semifinals in the second match too, still they lost in the last seconds of the game.

Issy, strenghtened by Silje Solberg in the goal and Lois Abbingh in the back court, started better in the Érd Aréna as they were keeping their lead until the middle of the first half (3-5, 11th minute), mostly with the help of the Norwegians: the Oftedal sisters and Pernille Wibe were the only ones to score while Silje Solberg put up a classy performance in the first quarter of the game. ÉRD took up the rhythm after 15 minutes gone (6-5), and the next minutes were only about the orange-black girls. Kinga Janurik was unbeatable in the goal and Issy’s head coach Pablo Morel asked his first time out after 17 minutes to try to help his team back into the game. ÉRD’s best players were Kinga Janurik, Kinga Klivinyi and Katarina Krpez Slezak, they helped their team the most to build up a comfortable 5-goal lead for the 20th minute. Although Issy managed to come closer in the final minutes of the half, the first period ended with a 13-10 lead for ÉRD.

The start of the second half was better for the French team once again, after 6 minutes gone from the second half, they managed to equalize the score. However, this was the most that the French players could do: the two teams went hand in hand in the next minutes, but ÉRD was the team to break this game flow in the 42nd minute (19-17). From this point, ÉRD seemed to find the button for a higher speed while Issy started to struggle once again against the ÉRD defense and excellent Kinga Janurik, only Stine Bredal Oftedal managed to keep the speed of the Hungarians. The last quarter of the game was clearly better for ÉRD, the only question was the difference. In this system with a home and away game, every single goal can be decisive so the Hungarian team fought hard to build up the biggest possible advantage for the second match. The match ended 30-26 in favour of ÉRD so the Hungarians are closer to the third round of the EHF Cup.