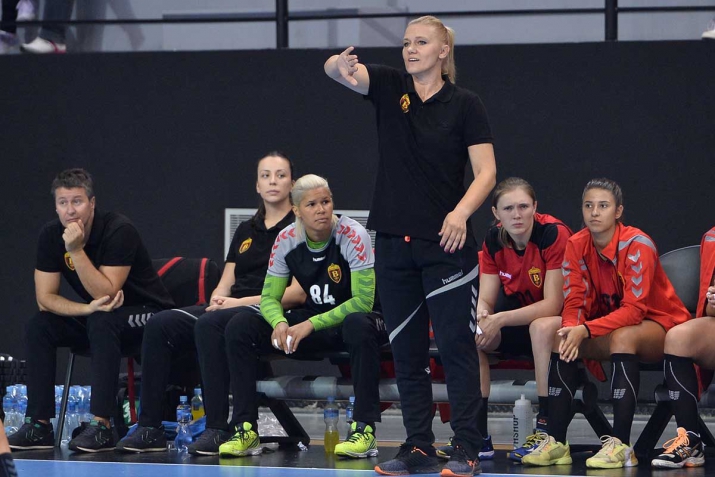 Macedonian champion   HC Vardar stopped the  cooperation with the head coach Indira Kastratović. After the draw in the match against FTC Rail Cargo Hungaria in the opening game of the groups of Champions League, and the great pressure from the public, the club decided to fire the coach, who has not shown very many quality skills to lead the team as a coach in the last few years. (source: zrkvardar.mk)

On the first year in the CL everyone said that this is the year when both the team and the headcoach has to learn, then the club has brought Kim Rasmussen (he was fired after three weeks of activity and the real reasons were never officially communicated to the press or fans), then Jan Pytlick came to Vardar, he took the role of the advisor-supervisor, but he also left quicker than planned. This was the reason why David Davis stepped in from the men team of Vardar, during the quarterfinals and Final4 in Budapest to try to make a better result than bronze medals.

This season started only with Indira Kastratović on the bench as a head coach, and the draw with FTC was not what the club expected, Vardar having at disposition one of the best and probably the most expensive squads in the world, with star players in every position. It was obvious that a coach without experience will have trouble to put together the squad to work as a team, to motivate them and keep them in the necessary sport shape during the entire season, in a country where the national championship is almost totally inexistent, so the team will not play enough matches, comparing to their opponents from Champions League.

The assistant coach Ace Stankowski will remain the member of the coaching team, but there is no information yet about the identity pf the new headcoach.

The players of the team were informed before the training today and they will continue to prepare fro the next matches.