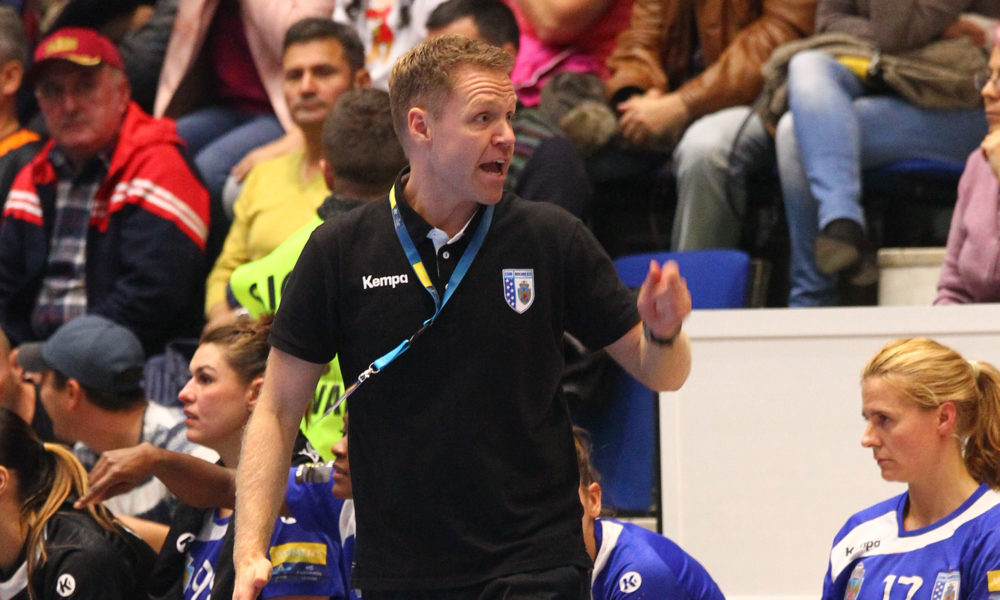 The life as head coach  for  a handball team is not easy in any ways and Danish Jakob Vestergaard got to feel it on his own skin. After only one victory in four matches in the groups of Champions League against Rostov-Don, and defeated by FCM and  Győri Audi ETO KC both in Bucharest and Győr, CSM Bucuresti need to win both matches in order to be able to reach the Main Round. The management of CSM Bucuresti decided that they will dismiss Jakob Vestergaard and bring a new coach to the bench for the next two matches already.

” I am of course disappointed because I have to leave, this is an excellent team, I had very good experiences here and I really wish to the team to reach the Main Round. I am also sure that we would manage also to qualify together.”- said Jakob Vestergaard.

The new head coach is the Romanian Aurelian Rosca (48), he worked earlier as the head coach of HCM Baia Mare in the last season.

” There are two very important CL games coming, but I believe in the team, the experience of the players and in our chances to qualify.”- said Rosca.

Leipzig no problem for FTC
Soubak to leave Brazil?