FTC no problem for Vardar 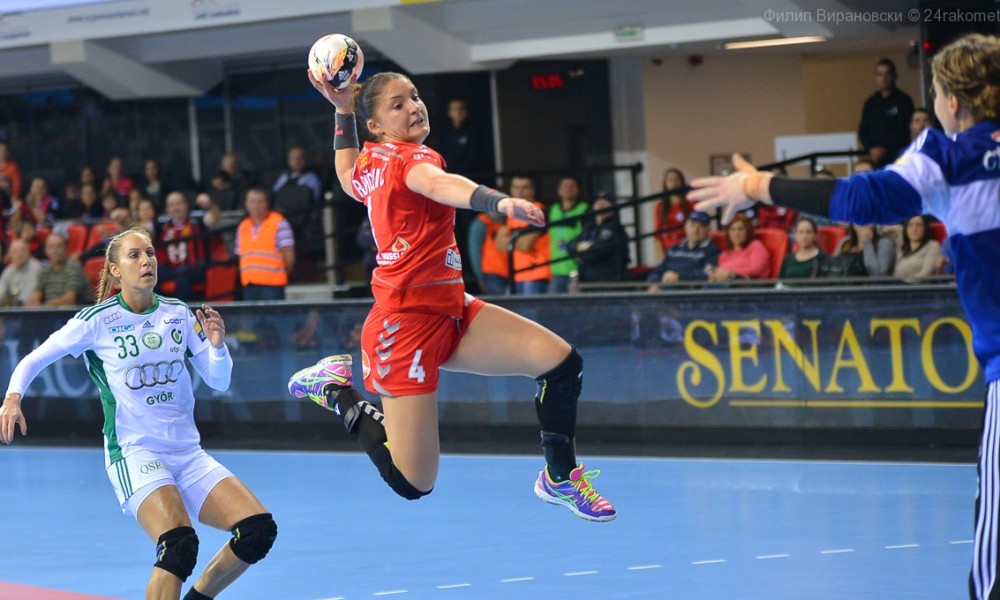 After sharing points in Skopje, FTC-Rail Cargo Hungaria and ZRK Vardar met again, this time in Budapest. The lost point meant the end of the Kastratovic-era in the Macedonian capital and David Davis was named as the new coach of the superstar team. Ever since the Macedonian changed coach, they showed an improving form against HC Leipzig and Astakhanochka. FTC was also marching confidently in the group, collecting all the points possible, so the two teams were supposed to decide the question of winning the group in Budapest.

Vardar started the match with full confidence while FTC seemed to struggle to find themselves in the first minutes. From the first moment on, the Macedonian team grabbed the lead and boosted their self-confidence with a convincing start. FTC was out of form, the Hungarian girls made a lot of easy mistakes to help Vardar score easy goals. Neither the attack, nor the defense was working for the Hungarians, so in the second 10 minutes of the first half, the difference reached the two digits (4-14). Gábor Elek tried to substitute Melinda Szikora with Blanka Bíró in the goal, but no player seemed to find the rhythm of the game from the home side, while Vardar kept marching on. Vardar had a response for every FTC-goal which broke down the Hungarian hopes: Vardar lead 21-12 at halftime.

FTC started the second half with the intention to reduce the difference as much as possible, but the Macedonians had a response for everything so the gap between the two sides didn’t change significantly. The Hungarians might have lost their hopes for a magic comeback but the result was comfortable enough for the guests: coach David Davis tried several formations and most of them seemed to work out on this day. In the final minutes, Vardar could score easy and quick goals after each other which meant the Hungarians didn’t even have the chance to stay inside the 10-goal-line: Vardar won 37-24. Vardar was playing on a different level this time than FTC and they were simply too strong for an FTC that didn’t seem to be in a good day neither physically, nor mentally. Vardar won Group B but FTC will also continue in the Main Round.