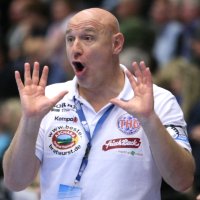 In group A Herbert Müller’s Thüringen hosted Metz in the last round of CL. The match was important for both team as could decide about how many points both formations will take with into the Main Round.

German team managed to make a good game, controlled the match during sixteen minutes as Metz was just a pale version of  last weekend themselves when they defeated Buducnost in France. The two points earned in this encounter by THC means that Metz will take only four points as THC will start the Main Round with two points in their pockets.