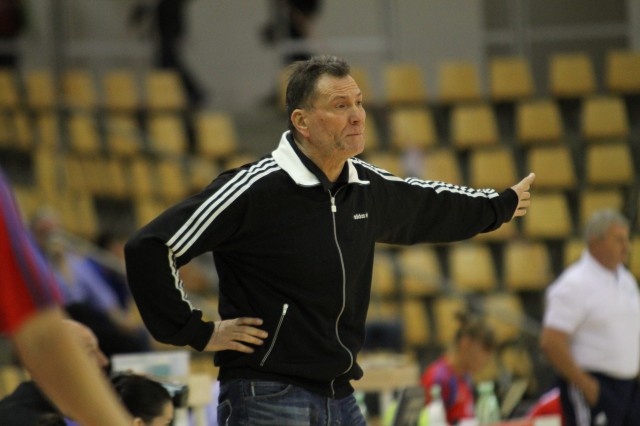 After the victory of France against Poland a satisfied Olivier Krumbholz analysed the game, Polish head coach is aware that his team is a new team, without big profiles.

“It’s the perfect beginning: we managed to use everyone, we don’t have injuries, and we played a good match in every part of the game. We are satisfied because we prepared a lot for this match and Poland is a good team with a lot of good player with great arms. Our defence was deep and mobile. It’s important to be strong on our speciality.”

About German victory against the Netherlands:

“Germany played really well. The period is hard for the Netherlands. The deception at the Olympics was huge. They have great players who are playing a lot. It’s a young team and the Netherlands can be back in this competition.”

About the next game against Germany:

“They have a new energy with a new coach. They have a World Championship in their country and they want to shine. So I will begin to say to my players that we did a good match. But also that we need to stay focused. We will use our defeat during the preparation to ask the right questions of ourselves and seek for perfection every time.”

About the defeat against France, his team and missing profile

“We’re playing with a very unexperienced team. We need time. We lost against the Olympic silver medallists who showed all their strength against this young team.”

“The difference today was made by the experience. We have a lot of young players who never played against such big teams.”

” Now we are going to focus on the next match now and try to improve from day to day and match to match.

“The fatc that Karolina Kudlasz-Gloc was missing surely played a role. You always want to have a huge player like her in your team.”