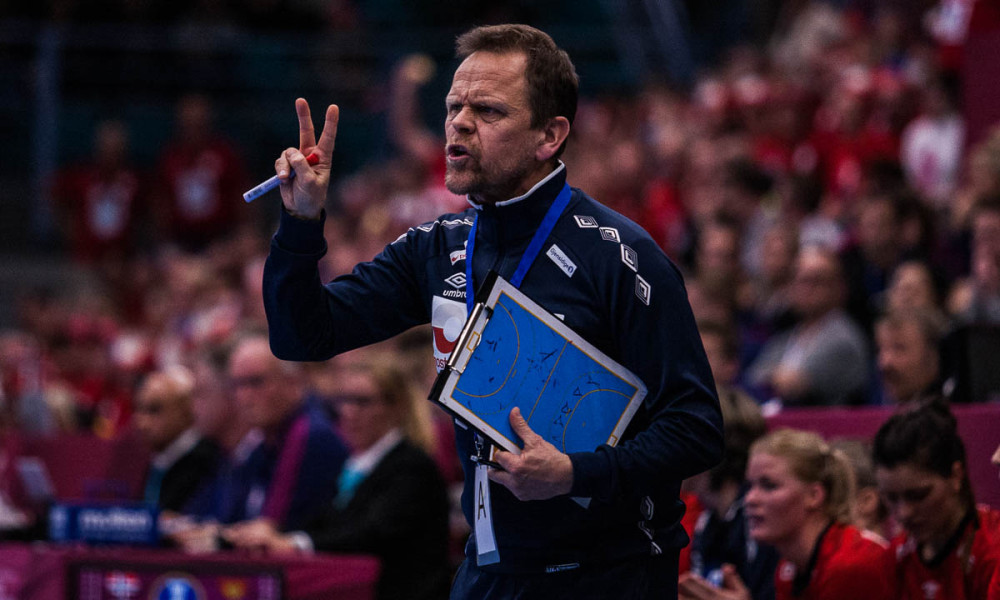 ” We are satisfied to be able to win the first game here, the defence worked good for forty minutes, vi did a lot of good things, but there ia always room for improvement. Nora Mørk made  a good game, but made also mistakes, something we have to tolerate, because she kept us in game in the period when our defence was not working properly.

Romania is a good team, they made it extra difficult for us to play against them, but is always difficult to play  against a coach like Ambros Martin.

The next match is also important, Croatia is a good team, with a Balcanic handball tradition, with  good players. We will analyse them and we have to win the match.”

“We are really satisfied by winning the opening game because this has been difficult for us in a few championships, but we have to improve. 23 goals in attack is not enough. We’re not deadly enough in one-against-one, one against goalkeeper situations, so that has to be better.

“I think the defence now is actually quite good, 21 goals against Romania is acceptable. Everyone needs to improve in attack.”

“I think Croatia is a really strong team with many good handball players.They have a strong team, so we have to analyse them as well because two points are at stake and we depend on them because we want to win the group. It’s going to be tough, but I think we can outrun them.”

“I think some mistakes made the difference today. It’s always like that against Norway, we run after them and it’s not good for us. We try to play good in defence, we try to play in the attack but something is always missing

“We have many changes in the team, but Norway also has them, so I don’t think that’s the problem. We just need to fight more.”

About the next match:

“I think our defence needs to be better in the middle and I think we missed some shots today, really important shots.”

About the fans in Helsingborg Arena:

“Actually I didn’ believe at first that there will be so many supporter but in the end it was actually a really good surprise.”