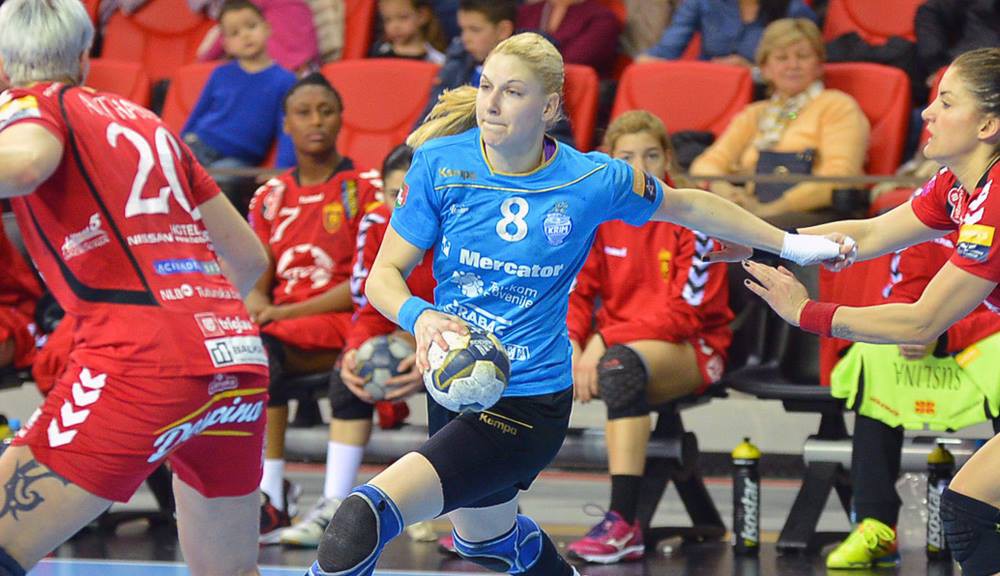 After Sweden started with a confident win over Spain and Slovenia lost against Serbia in the opening round, all the chances were on the Swedish side before their second round match. As expected, Sweden took the lead in the early minutes but Slovenia didn’t let the evening turn into Swedish celebration so easily. They were running close behind the hosts, and what is more, they even took the lead in the middle of the first half. After the first half ended with a 13-13 draw, it became clear for everyone that this match is going to be anything but easy for the Swedish girls. Instead of an expected handball fiesta on home court, they had to fight hard for every single goal.

The second half wasn’t any different from the first one: the teams were swinging between 1-2 goals difference for both sides. Slovenia was fighting for a chance to continue dreaming about the main round, and they were close to grab some points in their first match against Serbia, so they didn’t intend to make the same mistake again. The whole second half was a nail-biter but the last minutes brought a true thriller. In the last 10 minutes, mostly Slovenia was running front and Sweden behind. Jamina Roberts equalized with a little less than four minutes left, but Slovenia hit twice after and Barbara Lazovic’s goal in the last minute meant the end of this story for Sweden. Slovenia won two important points to keep the hopes alive, defeating Sweden in Stockholm 25-23 – this is one of the biggest upsets of the competition so far.

Serbia already in the Main Round
Malmö: Hungarian official fined