The Main Round started with the match between Germany and Serbia in Göteborg. Serbia made a change before the game as Jelena Lavko suffered an injury in the first minute of the match against Sweden and she won’t be able to help her team in the competition any more. Andjela Janjusevic arrived to take Lavko’s place on the right back position. The match started with some spectacular saves from Clara Woltering in the German goal and the Serbian team was making a lot of errors. Woltering was unbeatable in the first minutes, even from the 7m line, and when the Serbs scored their first goal, they were already 3 goals behind. The Hungarian referees were very strict from the first minutes, they were giving 2-minute suspensions very easily to both sides. Serbia had a tough time scoring throughout the first half: after 20 minutes, they only scored 4 while Germany was standing on 11 goals already. Not only the Serbian attacks were worse than in the group matches, the goalkeepers couldn’t really help their team either. Dragica Djuric tried every goalkeeper in the first half but none of them was in a good day. A good goalkeeper performance would have been essential for the Serbians if they wanted to come back into the game, but it didn’t seem to arrive. Even though the Serbian attacks were more effective in the last 10 minutes of the half, they were still 4 goals behind at halftime (10-14). 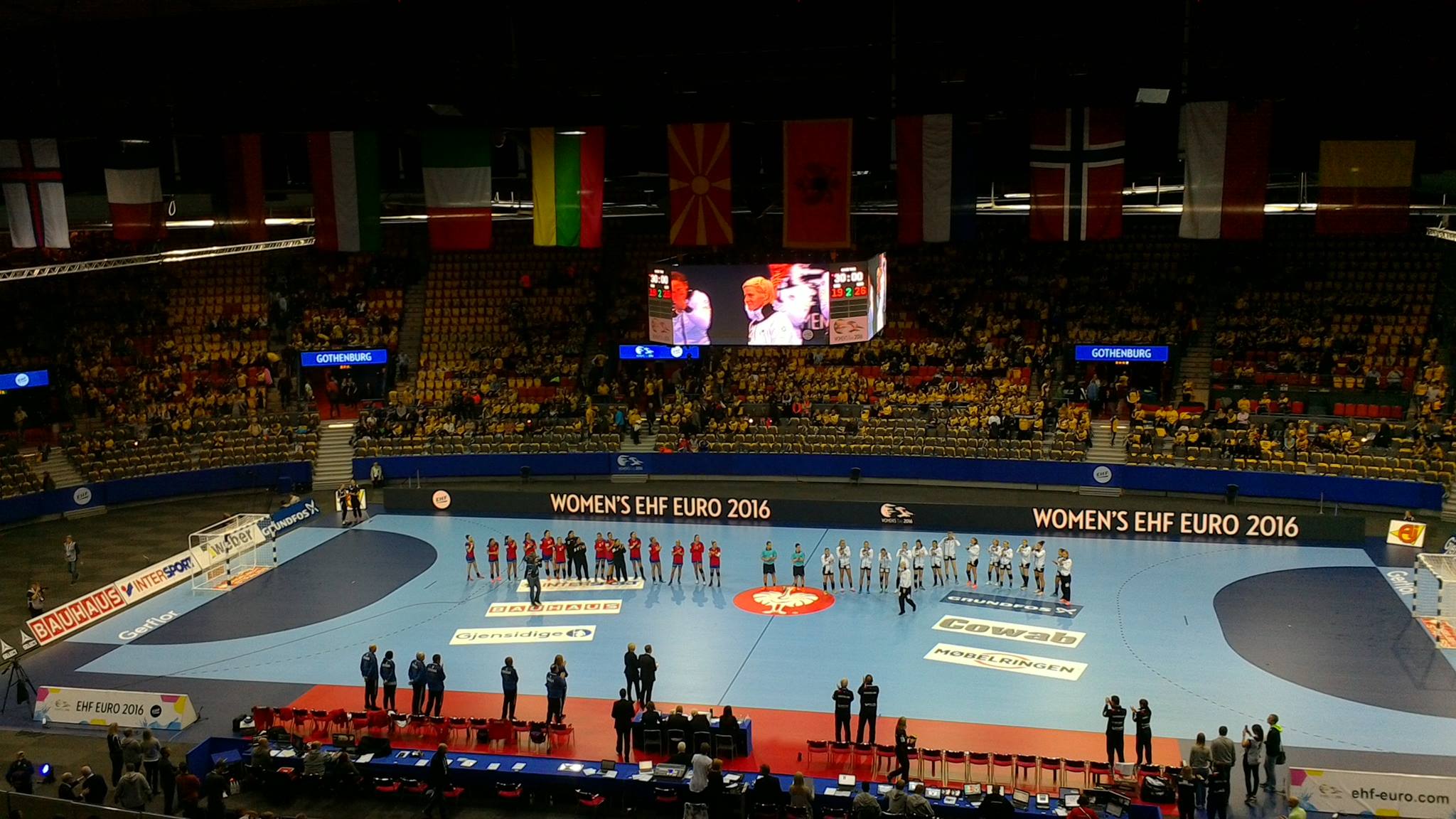 Considering the game flow of the first half, the 4-goal difference seemed a slight hope for the Serbs but it was already faded in the first minutes with two German goals. The German team was playing confidently and very disciplined, the way they defeated Netherlands in the first round. Despite the many 2-minute suspensions, the game was far from being rough over the limit. The Serbians had no chance to come in sight for the Germans but they didn’t give up. They tried everything to reduce the score, but their many mistakes were not much of a help and Clara Woltering showed some great saves when her team needed her the most. The German team was much more organized as a team and Germany was better in every element of the game. The 4212 spectators witnessed a confident German victory in the Scandinavium Arena in Göteborg: Germany won by 7 goals against Serbia (19-26).

Hard-fought Danish victory against Czech Republic
Biegler: “I am surprised about my teams good performance..”