Spain survived only in the last round of the group matches which meant that they didn’t bring any points to the Main Round, so there was nothing else acceptable for them than a victory if they wanted to keep their medal dreams alive. France started well but then lost to the Netherlands in the last round which meant everybody from Group B took two points to the next stage. The last three encounters brought thrillers, and mostly Spain was the unlucky one: their two dramatic losses meant the end of the competition for them, first at the world championship in Denmark, then at the Olympic Games in Rio de Janeiro, after extra time. The crowd of the Scandinavium in Göteborg had to wait a little more than 3 minutes for the first goal, but the first Spanish goal arrived only after 9 minutes. Thankfully for them, and mostly to goalkeeper Silvia Navarro, France was not able to secure a bigger lead in these 9 minutes. Moreover, they were unable to score for almost 10 minutes and after the tough start, Spain managed to take the lead. After the Spanish equalizer, the first half was much more about the Spanish team, their lead was 4 goals (10-6) in the 23rd minute. Nerea Pena was leading the Spanish attacks with some spectacular goals, like the one she scored in the last seconds of the first half to secure a 14-10 lead for her team after the half. 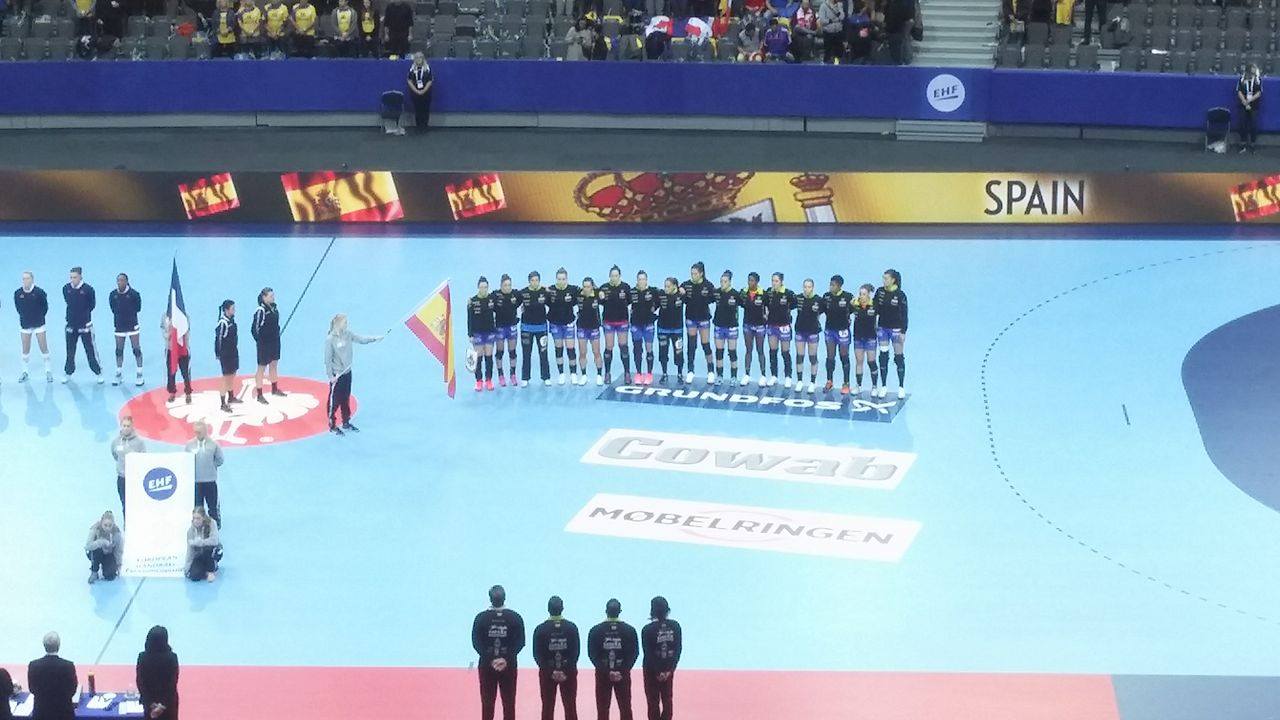 In the second half, the French team started a comeback and they managed to reduce the difference between the two teams constantly. Spain was making more mistakes than in the first half, and goalkeeper Laura Glauser entered the game really well on the French side. After 46 minutes, the best French player on court, Alexandra Lacrabere equalized but France was not able to take the lead. Silvia Navarro made some great saves in the important moments to help her team keep a slight advantage. After the French equalizer, the match turned into a nail-biter for both sides. Spain was constantly leading but France was running close behind, putting more and more pressure on the Spanish team that needed two points to be able to continue dreaming. Laura Glauser saved a very important penalty from Carmen Martin, but when Alexandrina Cabral scored with 2 and a half minutes left from the game which gave Spain a 22-21 lead, it seemed they could manage to take both points. But the final seconds turned into a thriller and once again very unlucky for Spain. At 59:42, Allison Pineau scored a penalty to make it 22:22 and Jorge Duenas asked for a timeout to give his team a chance to score in the last 15 seconds. Instead of scoring, they made a crucial mistake and Allison Pineau grabbed the ball and scored into the empty goal from the other side of the court, winning the match for France (22-23). Spain was not able to break the French curse once again.

Yvette Broch: “We kept focus and played we agreed on before the match”
Russian victory over the Czech Republic