Hungary and Russia say goodbye with a draw 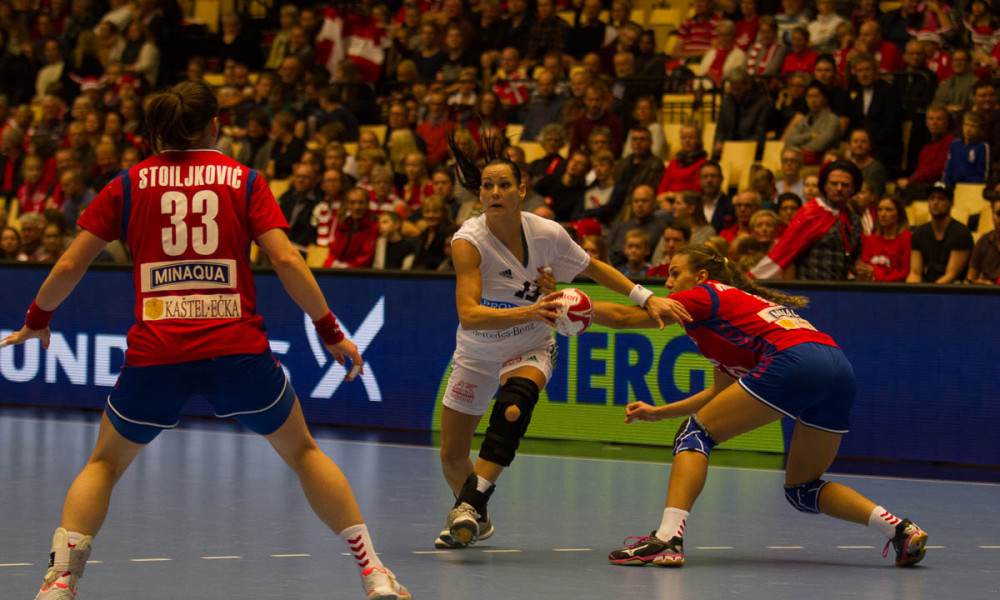 Hungary and Russia say goodbye with a draw

The match between Hungary and Russia had no real meaning in the last round: both teams have already missed the chance to reach the semifinals. Despite having a less successful EURO behind them, both teams wanted to say goodbye to the tournament with a good taste in the mouth. The scenario of the match was very similar to the match between Russia and Denmark. From the first moments on, it was a roller coaster ride for the both teams. While in the first minutes, Russia was in front by one goal, Hungary had a much stronger period in the middle of the first half. Their advantage was 3 goals after 22 minutes, but Russia found momentum in the final minutes of the first half. Still the half ended with a 14-13 Hungarian lead.

In the second half, Hungary managed to keep a lead until the 45th minute. Melina Szikora was doing well in the Hungarian goal, but Russia was closing in to the Hungarian team. With 16 minutes left, Evgeny Trefilov’s girls levelled the score (20-20) and a few minutes later, they were already in front by two goals. Kim Rasmussen tried to bring back Éva Kiss to the Hungarian goal and it worked: she came back to the match well, saving her team from a bigger Russian advantage. Both teams made a lot of mistakes in the last 10 minutes, in the last 10 minutes in the competition for both, and none of them could work out a lead bigger than one goal. The match ended in a 26-26 draw, exactly as the match between Russia and Denmark a day ago.

Germany ran over hosts
Denmark through to the semifinals