Helle Thomsen before the semifinal: “My team is fit and we will be prepared for the fight” 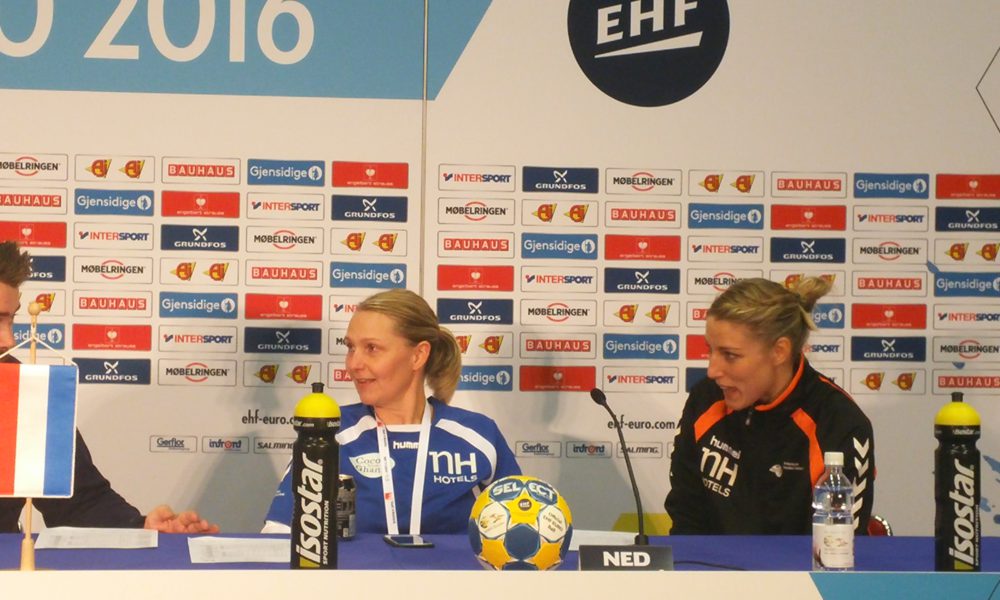 photo: SzI
Helle Thomsen before the semifinal: “My team is fit and we will be prepared for the fight”

About the tournament so far:

“I think it will be an exciting semi-final tomorrow. Denmark have played a good tournament so far, but I think Holland have played well too. Two teams that want/like to play fast, with a lot of goals.

“Of course, we look forward to the game tomorrow and all the players are fit. Now we must prepare tactically today and by tomorrow we will be ready for the game. In the semifinals there are four strong teams and the differences are minor, small things will be decisive during the games.”

About the semi-final opponent, Denmark:

“I think they have a good defence. Klavs has trained the defence for one and a half years and it became pretty good now.

“In the attack, the back positions are strong. They have good line players, fast wing player, and Klavs is smart on the bench, having a wide tactical repertory so I think it will be a hard game for us tomorrow.”

About the positive surprises at the tournament:

“I saw so many good teams here and all can beat each other. Many years ago there were only two or three teams, which were favourites and now everybody can beat everybody, which is good for the handball.”

About her feelings when coaching against Denmark:

“It’s a special thing for me because I hope the Danish team will have a good tournament, hoping the best for Danish handball of course. But I have tried it against Sweden before at the tournament and I’m glad I had the opportunity because it a was a difficult task, but on the other hand at least I know how to prepare mentally and how to cope with the situation. But when the match starts, you don’t think about it, then I am Dutch.

“I know the way Denmark plays, I know the players, but it’s hard to say whether this will be an advantage for me or for the team. I just know that we have a well-prepared team, the players are fit and we have a wide squad, so we have a lot of opportunities during a match.”