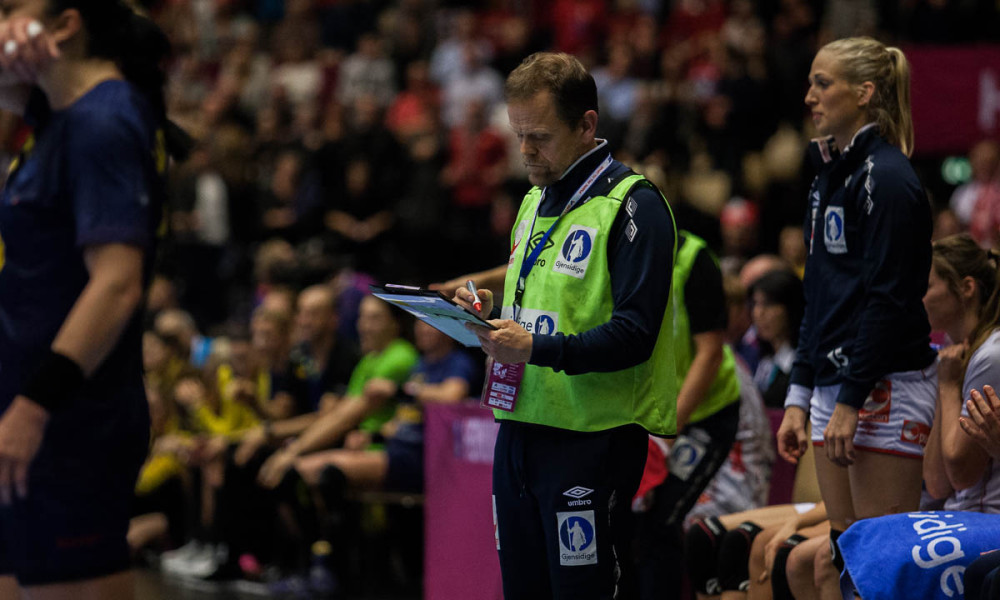 photo: Björn Kenneth Muggerud
Hergeirsson before the semifinal: ” It could end 0 – 0….”

About Norway’s preliminary round group, nicknamed the ‘group of death’:

“It’s always like this before these tournaments. Some experts say that this is a tough group, this is an easy group. I think this tournament is equal. We have seen many close games in all the groups, so it was not tougher in our group than other groups.”

“They have now the best defence in the world. But we also have Denmark, who have very, very good defence now, and that’s why they are in the other semi-final.

“We have tried to get better in defence. We are developing, and we learn a lot from France about defence. I look forward to tomorrow because it will be good defences in both teams and good goalkeepers. Therefore maybe it will be 0:0 the result in offence.”

“It could be a possibility that they will defend offensive gainst us, but they can try it, we practice every day on that. But seriously, they always doing their stone hard defence with very few adjustments related to the opponent.”

About the first semi-final, Denmark vs Netherlands:

“I am not good at telling who is going to win, but I think it’s always like when you play cup matches like a semi-final it’s 50/50 when you start, and the team that’s better at growing through the match and building from the 50 % chance up to 55 or 60 % will win. It’s easy mathematics.”

About the bronze medal win at the 2016 Olympic Games:

“The players and the team and the coach and team around the players were proud of taking the bronze in the Olympic Games. We were dreaming about taking the gold but we lost to Russia, who were better than us in the semi-final. But we were very proud of winning the bronze medal – it’s huge.”

Krumbholz before the semifinal: “….it’s fair to say we have the best defence in the world”
Romania finished 5th