Klavs Bruun Jörgensen before the semifinal: “I like handball to be aggressive…” 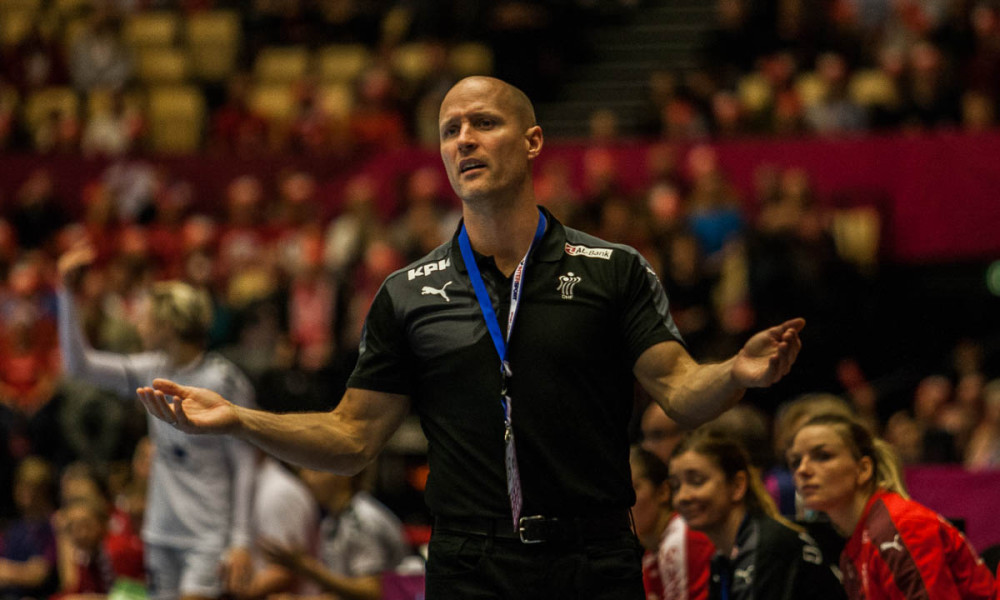 Klavs Bruun Jörgensen before the semifinal: “I like handball to be aggressive…”

About the way to semifinal:

“We knew from the start it would be a hard tournament. We were in a strong group with two teams that we previously had a lot of difficulties with.

“I think we have been developing on the way, becoming stronger and stronger. Our defence is better and better, and the offence I think has been some of the best we’ve seen in female handball in recent years.”

About the atmosphere within the team and status of injuries:

“The atmosphere is of course very good. We are satisfied – not satisfied, we are happy – with the semi-final. But these are not football players. They do not need to rest for four, five days, they can play almost every day.”

Thoughts about the Netherlands:

“We know the Netherlands have made it to their third semi-final in a row, we know it’s a strong team. We know all about Helle, what she has accomplished in Denmark and what she accomplished with the Swedish national team, so there is a lot of respect from us.”

How it will be to play against a Danish coach:

“Maybe Helle has a little advantage because she has trained a lot of these players. Otherwise no, it’s handball, and when the game is on, it’s on, and it doesn’t matter if you’re Danish or Swedish.”

“I think there are a lot of ways to the semi-finals. I have chosen mine, and I have kept believing in that way. I like handball to be aggressive, and I don’t like to let the offence control their game. I like to take the power out of them.

“That I have achieved at this tournament with this team and I am very proud that everyone in the team has kept believing in my ideas, and I had the courage and the will to stay on.”

Follow on Instagram
Germany 2017: Pots confirmed
Helle Thomsen before the semifinal: “My team is fit and we will be prepared for the fight”