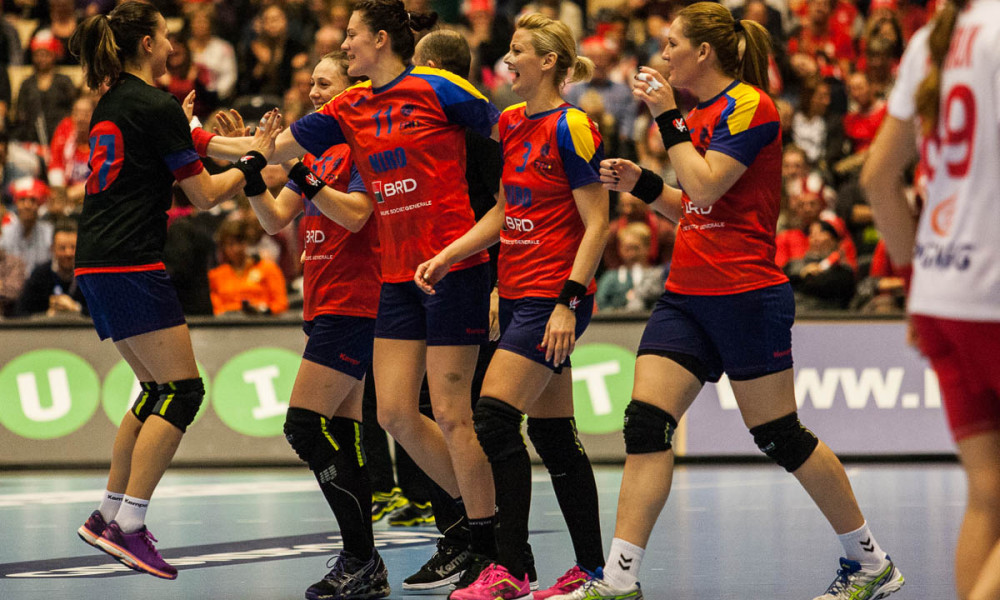 Before today’s placement match, Romania decided to substitute two important players to give opportunity for two reserves: Laura Popa took Cristina Neagu’s place, while Yuliya Dumanska replaced Paula Ungureanu for the last match. The match was close but slow, rather about fight than spectacular handball with the two sides going hand in hand. None of them could really work out a bigger advantage but Cristina Zamfir was replacing Neagu quite well, scoring one goal after the other. The first half ended with a 11-11 draw that promised a lot of excitement for the second half. As the second period went on, there was no decision between the two sides, they didn’t let each other go front. Romania’s new goalkeeper, Yuliya Dumanska saved two German penalties in important moments, but still it was Germany who was closer to winning the match in the last ten minutes. The team of Michael Biegler, leading 22-21 in the last five minutes, had several chances to decide the game when Romania failed to equalize, but they missed all of their chances to do so. When Romania equalized with a little more than 30 seconds left, the match seemed to end in penalties but one of the best players on court, Cristina Zamfir saved her team from the big excitement: she scored in the last second and Romania won 23-22. The match ended in a drama as Zamfir hit the post with her head when she collided with Clara Woltering. The scare was big and the hall became completely silent for the scary minutes. Zamfir stood up and walked up to her smiling while Clara Woltering left the hall on a stretcher.

Hergeirsson before the semifinal: ” It could end 0 – 0….”
Netherlands in their first ever EURO final