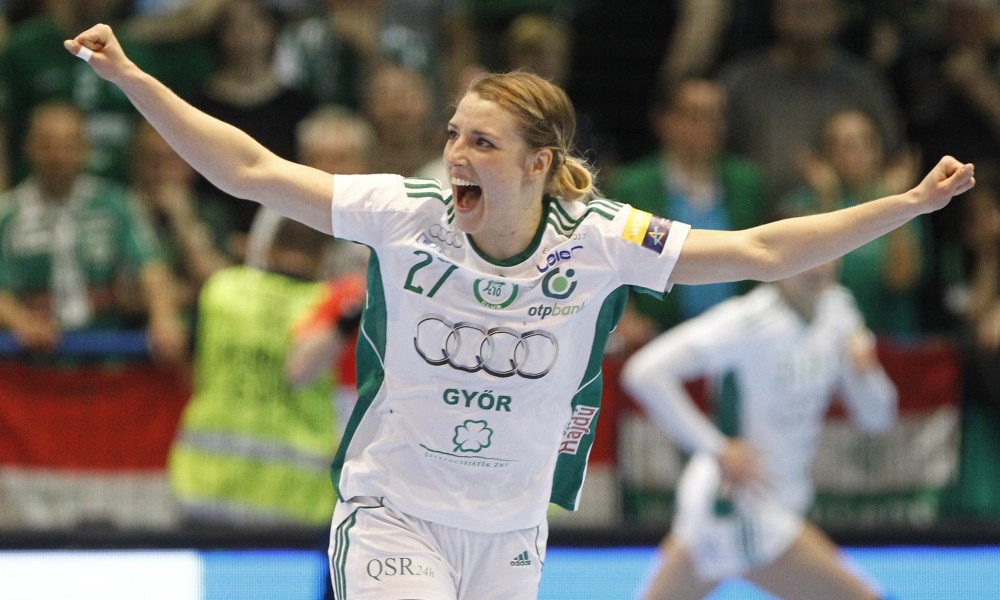 Hungarian champion and Champions League-finalist Győri Audi ETO KC has officially announced that Nycke Groot, Yvette Broch, Jana Knedlikova and Bernadett Bódi will continue to play in green-white in the upcoming years. Groot, Knedlikova and Bódi signed a 2-year-deal, while Yvette Broch decided to stay for three more years in the Hungarian handball capital. Understandably, the president of the club, Csaba Bartha and all the mentioned players are satisfied and happy.

The Most Valuable Player of the EHF EURO 2016, Nycke Groot: “I am very happy that we managed to agree. There is a very good community here in Győr and everything is given that we need to succeed. Ambros Martín and the work we do with him on a daily basis mean a lot to me, these were also a reason why I decided to stay. Now that we cleared all the questions about the future, we only have to concentrate to reach our goals this season.”

The best pivot of the EHF EURO 2016, Yvette Broch: “It is hard to describe the feeling I am feeling now. The last time I felt this way was maybe when I signed with Győr for the first time. I love to play in Győr and it is also great to live here. The future, the squad and the high quality work are given in Győr so it wasn’t hard to come to an agreement.”

Bernadett Bódi: “I got a correct offer from my team and as I feel well, I didn’t have to think much, I signed for two more years. I can be a part of a community that is positive and success oriented. I hope in the next seasons we will continue fighting for the biggest goals and we will reach them.”

Jana Knedlikova: “Everything needed for success is given in Győr, and also for my personal development. I am happy that we could come to an agreement about the future. I have the chance to play with great teammates and I am sure it will be the same in the upcoming seasons too. I will do my best to prove their faith in me right and to reach our goals.”

Before the EHF EURO 2016, the Hungarian team has already announced that Kari Aalvik Grimsbö will stay in Győr for 3 more years.