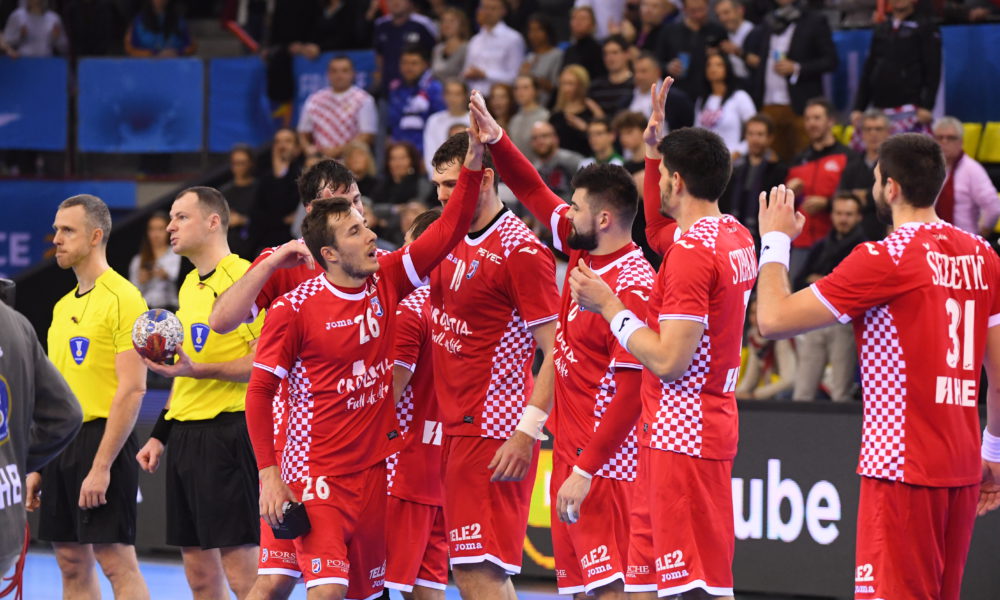 Within 24 hours the team of Croatia won two games and made a big step into the round of the last sixteen. But as in the match against Saudi-Arabia, the Croatians had once again big problems in the match. Hungary played very well, too, but in the end it was Croatia who got the two points.

„In the first half it was our match. The first 25 minutes we played so good. But at the end of the first half we had two mistakes in our attacts“, the Hungarian coach Xavier Sabate said after the match. „Our defence and goalkeeper were also strong. That gave us the chance for a lot of fastbreaks.“ Hungary was in the lead by four goals (11:7), but Croatia scored the equalizer with the halft time whistle.

„In the second half we could not kept the level. We were a little tired and we missed of course Laszlo Nagy. Espescially in our defence. Only two players left for defending in the centre back“, mentioned by Sabate. „But I am so proud of my team. We fight for 60 minutes. At the end we lost, but we played ight matches against two of the favorites of the tournament.“

„We played tight games against Germany and Croatia, but unfortunately we could not get any points. We will now contentrate on the next matches and focus on reaching the third position in group C“, the ungarian player Zsolt Balogh, who scored six goals, added.

A big step into the next ground croatia made on saturday evening. With big problems at the beginning, the bronze-medal winner from the last European Championship in Poland, exploited a few mistake of Hungary to take the win.

„First of all I will congratulate Hungary for this excellent game. That was a big side from both teams. This victory is very important for us. Because of our young team“, the headcoach of Croatia, Zeljo Babic, said. „I am so happy. In the second half we played better and had a strong goelkeeper, Filip Ivic“, the Croatians were celebrating their second win.

„Hungary played a good match, but we also did. At the beginning we had some problems, the hungarian goalkeeper Mikler was very strong. But we kept on fighting and the second half was very good for us“, Ivan Stevanovic said.

Today both teams have a rest day. „For us it will be an excellent day. We have time for preparation for the match against Belarus“, Croatias Coach Babic was looking foreward to their day off.