Tight fight against Saudi-Arabia – Belarus got the first points 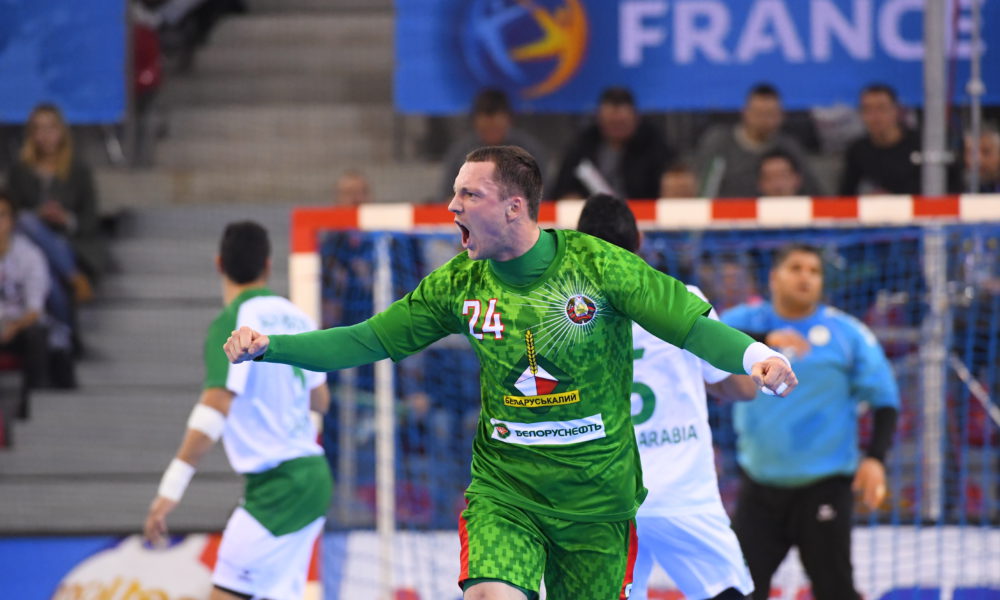 Tight fight against Saudi-Arabia – Belarus got the first points

In a very tight match the teams of Belaraus and Saudi-Arabia played on sunday evening in the arena in Rouen, the asian team did once again a good performance but in the end it was Belarus, who won by three goals, 29:26.

„At the end we had not enough power to get a draw against Belarus“, coach of Saudi-Arabia, Nenand Klajic was a little bit disappointed that his team could not get the first points „The first match was much heavier and each game costs us a lot of power and in the end some of the players lost concentration. But we still have a chance to get into eight final. No game is predicabtle“, Klajic is looking in an optimistic way to the next games. „The last game against Chile is important. If you will win and there is a little help from the other teams you are in the next round.“

Saudi-Arabia will focus on the match against Hungary and Chile. Before these matches they will meet the European Champion Germany on Tuesday.

„That was a strong match. It was really hard and we played under full concentration a lot of the matchtime. But in the end we had a lack of concentration“, player Mahdi Alsalem said. „But we still have a chance, we must play until the last chance“, Alsalem is also optimistic as his coach mentioned before.

For Belarus it was this first victory in this tournament, so they still have a chance to play an eight final. „It was a very difficult game for my team, but we were fighting all the time. The team of Saudi-Arabia has a lot smaller players so they are very fast. The defence for us was very compilcated“, belarussian coach Iouri Chevtsov was happy at the end.

Barys Pukhouski, who scored nine goals in the match, said: „It was a very hard game for us. We had a lot of problems, but I think it is a good experience for our young team. We played against fast players“, we also had some problems with the ‘tallness’ of the players from Asia. „We have a lot of young player and they just learn for the future. We are happy that we win today. We will fight in the next matches and we are getting better and better.“