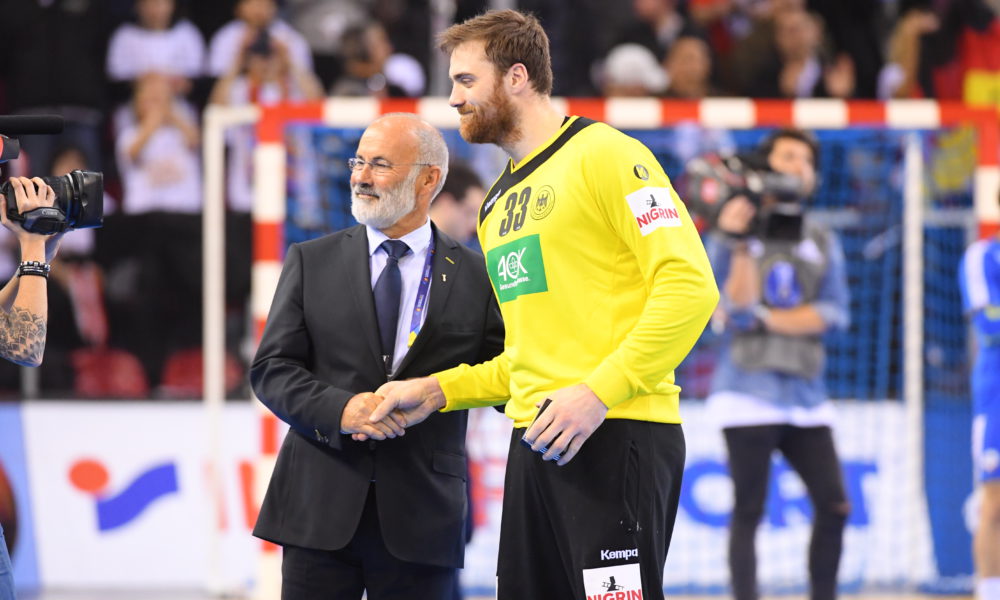 “Andreas Wolff can play the next match today against Belarus,“ the German Handball Federation (DHB) reported in a press release.

For a while there were uncertain about the condition of the german goalkeepers status.Ten minutes before the end of the match against Saudi Arabia, Andreas Wolff felt down on his buttocks and got a little bruise,

„There will be no problems in playing,“ the press release said.

Tuesday Germany won against Saudi-Arabia, the match was attended by more than half a million spectators in the average on the live-stream screens in Germany.

Wednesday Germany will meet Belarus. The one and only time both teams duelled at World Championships was in the eighth-final in 1995 in Iceland, when Germany won 33:26. In 2008, Germany scored one goal more, when beating the Belarusian side 34:26 in the opener of the European Championship in Norway.

Both coaches have been awarded “Best coach of the year” in Germany: Icelandic-born Dagur Sigurdsson (Germany) in 2016 and Russian-born Yuri Shevtsov (Belarus) in 1997. In his last job in German Bundesliga, Rhein-Neckar Löwen (until 2008), Chevtsov was the coach of the current German internationals Uwe Gensheimer and Patrick Groetzki.

Before, he had been coaching the German clubs of Lemgo and Essen. In the latter, he was coach of current German team manager Oliver Roggisch, when they won the EHF Cup in 2005.

Germany and Croatia in a duel for top spot in group C
Andreas Wolff, Germany: “We did it in a serious way”