28.000 spectators in Lille – France beat Iceland after a strong second half 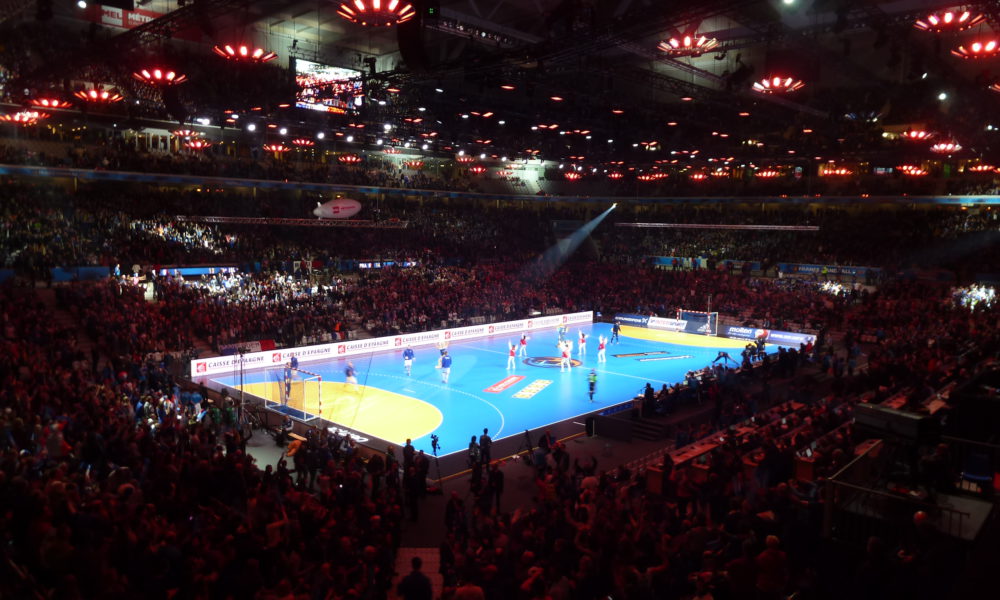 28.000 spectators in Lille – France beat Iceland after a strong second half

The match between France and Iceland was followed by more than 28.000 spectators. Two records were broken on Saturday night. First, it was the biggest crowd ever for a handball game in France and the biggest one in the whole history of handball World Championships.

The spectators in the football stadium of OSC Lille saw a great start from team Iceland. After four minutes the first goal was shot, Olafur Gudmundsson was the lucky one who broke the ice. Two more goals followed by Iceland and after nearly six minutes the host was successful for the first time. Nikola Karabatic scored the 1:3, but shortly after his goal he had to leave the field because of a two minutes suspension. Iceland used the majority on the field to keep the distance of three goals.

The first Team-Time-Out was taken by the headcoach of France, Didier Dinar, after eleven and and a half minute. Iceland was in the lead by three goals (7:4), and after the short discussion, the French team scored also three times in a row, but missed two times the equalizer. Michael Guigou scored the 7:7 in minute 16. After that the match was more close and France was the leading team, but Iceland tried to be close.

‘The experts’ played not as strong as expected, but also Iceland missed a lot of chances in the first half. More than two goals of leading was not possible for the hometeam. Runar Karasson from Iceland scored two important goals in the last minutes of the first half. 11:12 and also the half time result of 13:14 was scored by the player from the Bundesliga-Club Hannover-Burgdorf.

Shortly after the break France came out with more power than at the beginning of the match. It just took five minutes and France ran away from Iceland. After the 14:19, Geir Sveinsson took the green card. And only six minutes later Sveinsson has taken once again a time out. France was in the lead by seven, Michael Guigou scored the 23:16 lead for his colors.

And after the second and last time out in this match for Iceland, the team from the island played better again and came closer and closer. Runar Karasson scored for the seventh time, Iceland reduced the distance (22:25). After that goal there were still eight minutes to go but Icland was not in the shape today, to become dangerous again for France.

The host of the World Championship France won at the end with 31:25 and will go to play the quarter final on Monday. The last goal was scored by Nedim Remili for France, Thierry Omeyer saved the last throw from the Icelandic attack and 28.000 fans were celebrating the ‘Equipe Tricolor’.