SURPRISE: Germany is out – Qatar goes to 1/4-final 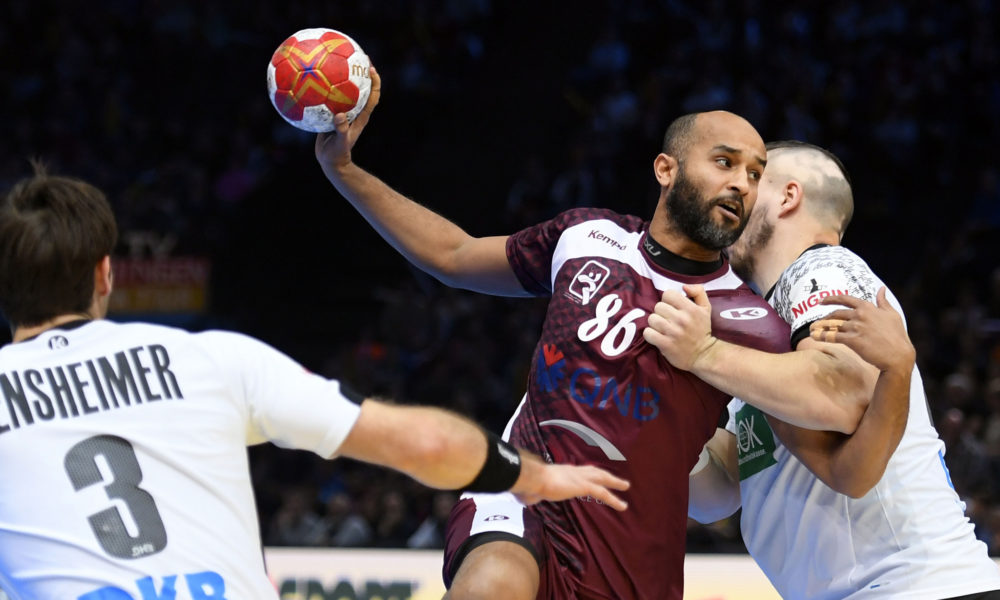 SURPRISE: Germany is out – Qatar goes to 1/4-final

Another big surprise in the eight finals: One of the favorites has to leave. On Sunday evening Germany lost against Qatar with 20:21 and have to travel home. Qatar once again reached a quarter final.

Two years ago, Germany lost their quarter final on Qatars homeground against the hosts. The European Champion was one of the favorites for a medal. After winning in the Euro in Poland a year ago, and the bronze medal at the Olympic Games in Rio last summer, the Team of Dagur Sigurdsson missed the round of the last eight at the World Championship 2017 in France. The loose against the team from western Asia was also the last international match for Sigurdsson as Germanys coach.

Germany had a good beginning. After ten minutes Steffen Fäth scored the 6:2 lead for the Germans. Qatar did not arrived in the match so far, but three goals in a row for Qatar brought the team from Asia back in game. Mahmoud Hassaballa scored to 5:6 – Qatar was close to Germany and until the halftime it was a tight match.

Although Andreas Wolff saved more than 60% of the shots in first half, Germany missed too many chances in attack and did also too many mistakes in attacking. So Germany could not get further away from Qatar. Daniel Saric played also a great game in the goal of Qatar. The team lead by Valero Rivera stayed close to Germany, halftime result was 10:9 for the Europeans.

After another tight phase in the match, Germany was able to enlarge the distance. Three goals were followed by the one and only four-goals-lead in the second half. Once again Steffen Fäth scored the 17:13 for Germany 15 minutes before the end of the eight final in Paris. But Qatar did not give up. With a strong Saric, a great fight and some missed chances from Germany they came back and took their chances.

After a run with four goals in a row against the Olympic medal winner, Qatar scored the equalizer (17:17), but Germany defeat the lead. The game was tight and thrilling at the end. After a second equalizer (20:20), Rafael Capote steal the ball in a German attack and did a fast break with the deciding goal in the match. The 21:20 was the one and only lead for Qatar.

Qatar was celebrating, Germany of course was very disappointed.

“We are very disappointed of course”, German Coach Dagur Sigurdsson said right after the match. “In the middle of the second half we were in the lead by four goals. It is a a very big shock for us,” he added. “ We did too many mistakes and I also did too many mistakes. We have to keep up our heads. We had a great last year. But sometimes it goes the other way. But we have to deal with it and so congratulations to Qatar and all the best for the tournament.”

The only words Julius Kühn, left back-court player of Germany, said at the press conference was that he wants to congratulate Qatar and would not give any further comment on the match.

Big happiness on the other side. Valero Rivera, the Spanish coach of Qatar, was of course very happy after winning against Germany again at a important championship.

“Today it is a happy day for us and a happy day for sports in Qatar. We played an excellent match. We win the match because the team showed that it was a team. I am very happy for Qatar”, the 63 year old coach said. “We must celebrate our victory and tomorrow we will think of the next macht. But first we wan to celebrate the win.”

“Before the match some people say that Germany is the favorite. For us the match today was like a final. We put all in this match. We fight for each ball in defense and in attack. That was a difficult game, but we fight all the time,” Daniel Saric, the goalkeeper of Qatar added.

Qatar will meet Slovenia in the quarter final.

Denmark lost to Hungary
FRANCE 2017: Here are the quarter finals