Slovenia to the semifinals 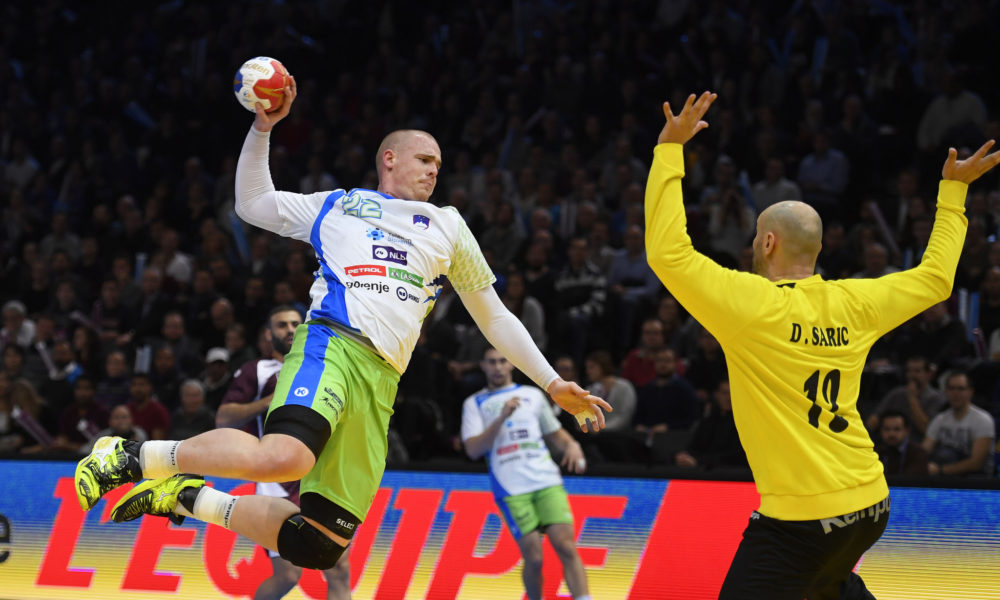 photo: J.U.Crosnier
Slovenia to the semifinals

The third quarterfinal of the day brought the encounter between Slovenia and the only non-European team in the first eight, Qatar.

Slovenia eliminated Russia in the eight finals as Qatar sent home the European Champions from Germany.

Slovenia has a young, fresh team with Veselin Vujovic on the bench, meanwhile Qatar came to France with Valero Rivera as head coach and Daniel Saric in the goal. Both teams has several players injured, Bombac for Slovenia and Markovic, Stojanovic for Qatar.

The first half showed that Slovenia hat a better control on this game, and after Marguc and company established a secure lead, they never let it go and won the first half 18-15.  The second part continued with fast Slovenian play, they increased the lead to 21-16 in five minutes and the score was 29-2o at the middle of the second half. Qatar made an impressive last quarter scoring for 31-24  and finishing 32-30. Slovenia was led by Jure Dolenec, Gasper Marguc and Matej Gaber, best players for Qatar were  Bertrand Roine and Raffael Capote. Slovenia will meet France in the semifinal.

Follow on Instagram
Despite Swedish effort, Les Bleus marched into the semifinal
Slovenian players play against their idols