Győr smashed Krim in the opening 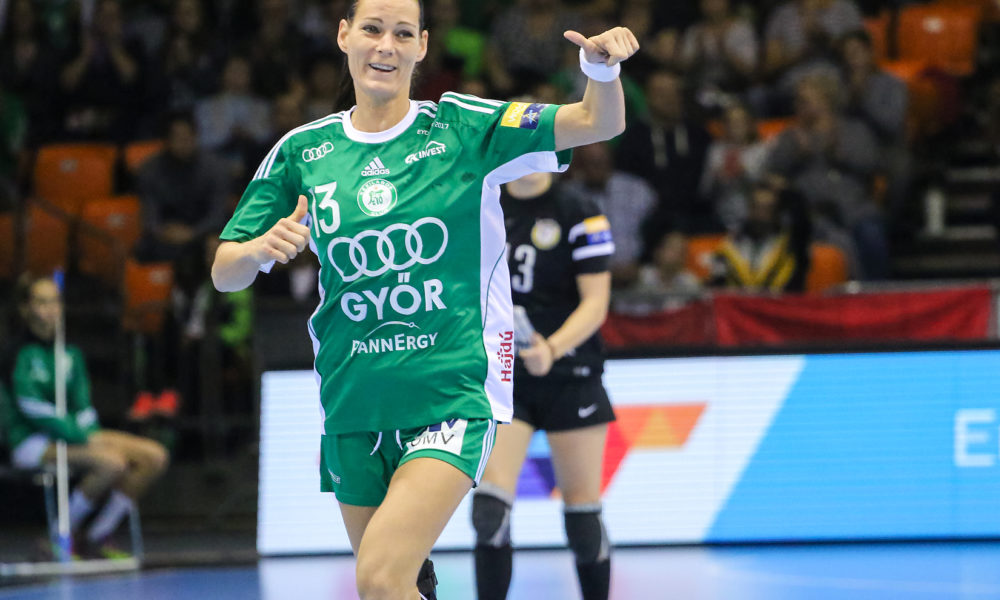 In the first round of the Main Round of the EHF Women’s Champions League, Győri Audi ETO KC met the surprise team of the Group Phase, Krim Ljubljana. The Slovenians started the competition in the qualification and were expected to be the outsider in the ‘Scandinavian group’ but managed to finish in first place against all odds. On the other hand, Győri Audi ETO KC was going strong in the first phase: the Hungarian champions won the strongest group with only losing to FC Midtjylland once which meant they defeated CSM Bucuresti and Rostov Don twice.

In their first round encounter in Hungary, the chances were not on the Slovenian side. Despite this and despite missing Elizabeth Omoregie, Krim started well, better than the hosts Győr – they were leading 4-6 after 10 minutes. This result made the bells ring in Győr as the home team switched to a higher speed. The defense started to work and that helped them to easy and fast goals. Krim wasn’t able to keep the speed of the Hungarians after the 10 minutes mark – they only added 3 more goals in the remaining 20 minutes of the first period. On the Hungarian side, Anita Görbicz showed her genius, standing on the top of her troop with her 5 goals in the first 30 minutes. The gap opened quickly between the two teams and the difference grew to two digits in the last minutes of the first half (20-9).

After the break, Győr didn’t seem to slow down, the more than 5000 spectators in the Audi Aréna Győr could enjoy a real handball show presented by their favorites. The goals were divided between the players almost equally and every player got the chance to play. In the second half, head coach Ambros Martín sent Emőke Varga, Emma Hudák and Tamara Pál on the court to collect some important experience in Europe’s top women’s competition. Krim didn’t manage to match Győr’s level by any means today, the difference remained constantly around 15 goals in the fourth quarter of the match. The two open questions were if Győr can score 40 goals and if the difference will go up to 20 goals. As the answer was ‘no’ for both questions, Győr won 39-22 in a confidence-boosting game.