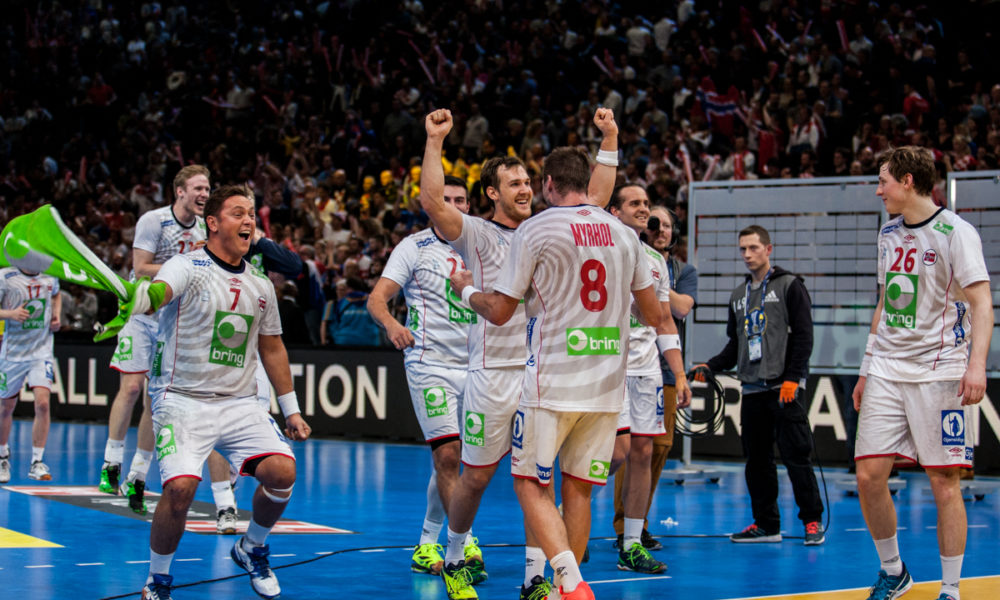 Thursday evening France made their way to the semi final by beating Slovenia. Friday evening the second semi finalist were going to be ready after the clash between the Scandinavian Vikings, Norway, and the Balkan cowboys, Croatia.

Both Norway and Croatia got to the semifinal with a match lost. Norway were defeated by the host France with three goals in the preliminary round, when Croatia got beaten by seven goals against Germany.

In the last seconds the scoreboard showed 22-22, and Croatia were awarded a penalty. Between Croatia and a final, were the Norwegian goalkeeper Torbjørn Bergerud. And, he got the roof in Accor Hotels Arena to lift it self when he saved and the match had to go to extra time.
Norway had most control on the nerves and did less failures in the extra time and could celebrate a victory and the right to play the ultimate final against France on Sunday.