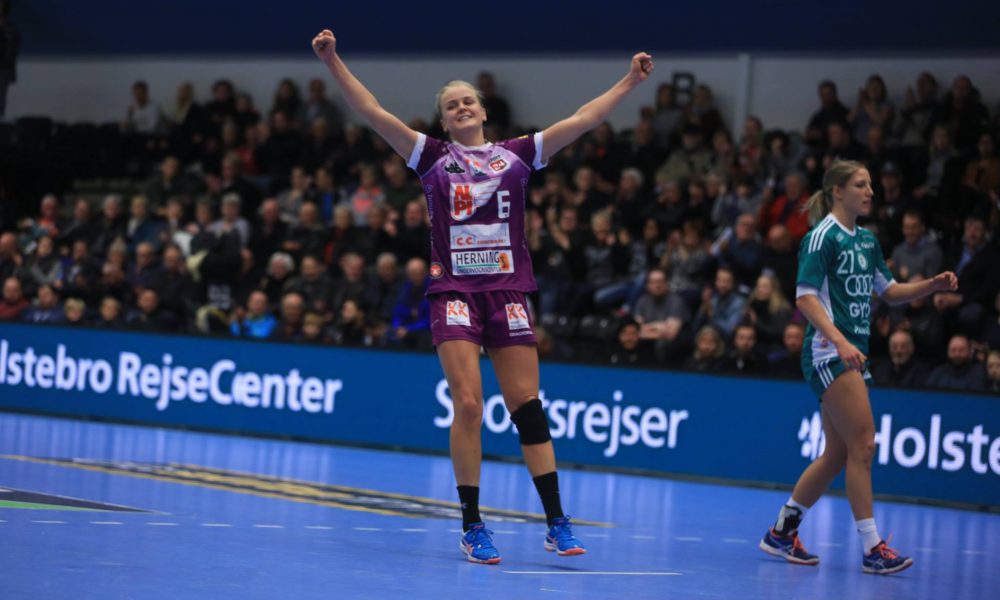 In the Group II. of the Main Round a Danish derby was to come between the two Danish teams, both qualified to this stage: FC Midtjylland hosted Team Esbjerg in Ikast.

The match started with a secure FCM lead, fast goals and not very much defensive play or goalkeeper savings from none of the teams. In the second part of the first half Team Esbjerg managed to come back and to take the lead, finishing the first half with two goals advantage.

In the second half FC Midtjylland managed to improve their defensive system and Sabine Englert increased her saving performance to 60 % compared to 19% from the first part of the game. Esbjerg had trouble to stay close, to score and to stop the poisonous FCM fast counters.

The match ended with a huge FCM victory, 38 – 26. An exceptional performance had the rightwinger of FCM, Trine Østergaard with nine goals from nine attempts, and team captain Stine Jørgensen hit the net twelve times.