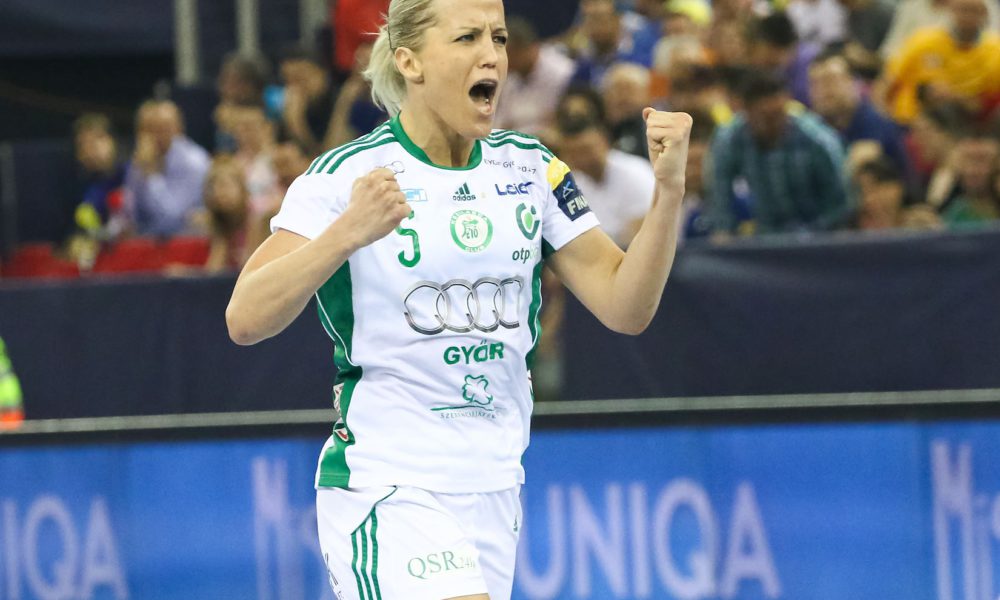 Several sources in the Nowegian media published today that lineplayer Heidi Løke will play for Storhamar in the next two seasons.

Løke become pregnant in November , she stopped immediately to play and she stopped her contract with Gyor and moved back with her family to Sandefjord, Norway.

In Storhamar there is a “so-called” family business as her younger sister Lise Løke (also lineplayer) plays at the club and Arne Stenstad (Lise Løke’s partner) is the head coach. Heidi Løke had the intention to join them in Storhamar, she said early that she wants to play with Stenstad on the bench, that’s why Storhamar managed to sign her. Storhamar is a club with a modest budget, but Heidi Løke will be paid of the local entreprenor’s association from Hamar.

Heidi  says that she will not move to Hamar,but will travel to be at some workouts and practicies and she will train a lot at home in Sandefjord. Her family will continue to live in Sandefjord, where Alexander attends school and her partner works also.

Head coach Arne Stenstad is not worried about her not being the time with the team: “She will attend enough practicies and matches to be able to part of the team. She is the best player of the world, and I know her, we will make a special agreement with her about training by herself and I know that she will anyway be the best trained of my players.”

Club manager Holta is also enthusiastic about signing  the older Løke: “She is the best player of the world, and I am sure that many other players wants to play together with her. This gives us new perspectives..”