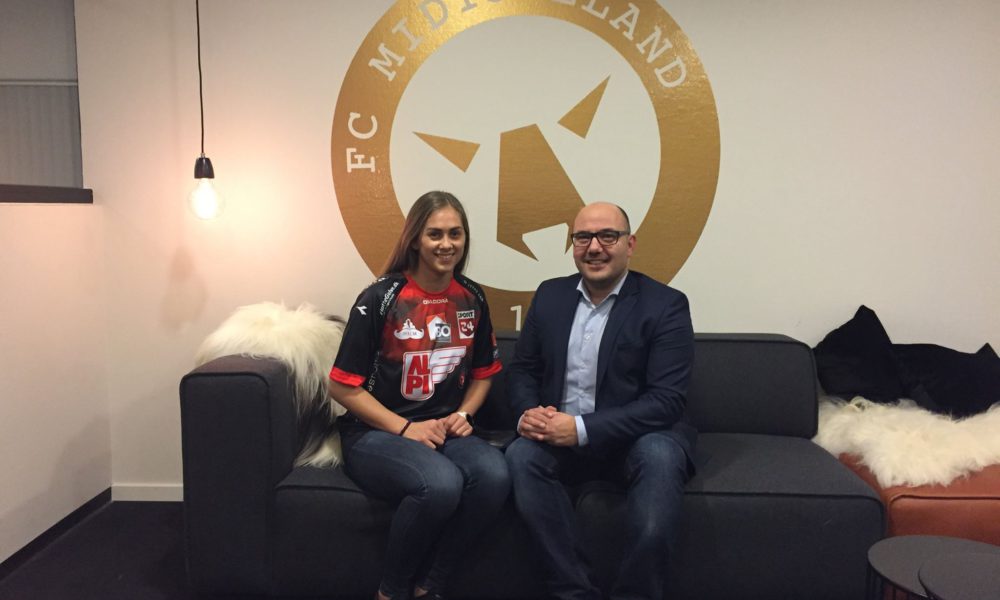 It is the 20-year-old Helene G. Fauske, who plays for Stabæk in Norway, who most recently has put her signature on a 3-year deal with the Danish Champions League club.

– Helene is one of the biggest talents. She has something extraordinary, which is rare to see such a young player. This comes to expression in her technical-tactical skills. Helene reads the game well and has a nice physical profile. We believe that we can develop her to an even higher level in unison with our experienced people, says FCMs coach Kristian Kristensen.

Helene G Fauske are the topscorer for her club Stabæk in the Norwegian Grundig league, and is now rewarded with participating with recruit national team for her efforts on the handball court.

– We see a good future perspective in Helene. She is a versatile back player, which fits well into the culture that we want in the team prospectively. She is hard-working, and her excellent understanding of the game can be developed to a very high level, says Director of FCM Håndbold, Jacob Mølgaard Christensen.

Two Norwegian signings in a week

FC Midtjylland has had a long tradition of retrieving Norwegian top players to Denmark. And, the upcoming season is no exception.

– Tonje is a hardworking player, covering mid defense and playing left back in the attack. She has a good physique and closes the hole defensively after Stine Jørgensen, says director of FCM Håndbold Jacob Mølgaard Christensen.

– Offensively, we see a large potentiale in her. She is a good shooter and very good in cross play and the second wave in the fastbreaks, and we are convinced that we can add another level of her game, so she can take the next step in her development. We are delighted to welcome Helen in FCM Håndbold after season, says FCM president Jacob Mølgaard Christensen.

Tonje Løseth trasnfers from the German club Metzingen, where she plays her second season now.