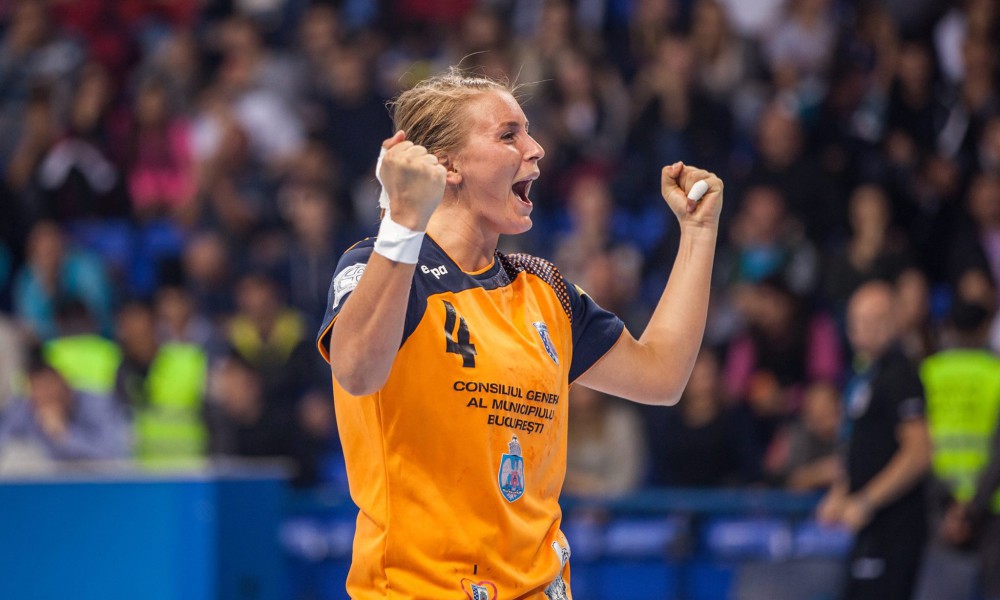 The title holders of the EHF Champions League, CSM Bucuresti secured a place in the quarterfinals after defeating Krim Ljubljana in a tough and close match in the 5th round of the Main Round. It was a good news for the Slovenian side before travelling to Bucharest that one of their key players, Elizabeth Omoregie was fit enough to play, for the first time in the Main Round.

CSM started a with a quick 3-0 in the beginning of the game and after just a few minutes gone, it seemed it would be a walk in the park for the Romanians against Krim. After the first Slovenian goal, things seemed better for Krim but they still struggled to find Paula Ungureanu’s net. The Romanian goalkeeper gave a stable background for her team, but despite this, Krim was running close behind the defending champions. The Slovenians didn’t want to give up their quarterfinal dreams, not even in Bucharest, and CSM needed IHF World Player of the Year 2016 nominee Isabelle Gulldén to keep themselves in front. The 14-12 home lead meant Krim was still in sight so the Romanian champions were expected to have a tough time in the second half.

CSM kept struggling in the second half while it was proven once again that Krim Ljubljana is a completely different team with Elizabeth Omoregie on court. Those who expected an easy home win were clearly proven wrong as for the surprise of everyone, Krim grabbed the lead turning into the last quarter of the game (20-22). This was a wake up call in time for the home side as CSM turned to a higher speed. The Romanian girls overtook the steering wheel with a 6-0 run, leaving Krim without a chance to respond. This silence was decisive regarding the outcome of the game as the Slovenians didn’t manage to come back into the game: CSM Bucuresti won 28-26. With their victory, they secured their place in the quarterfinals while Krim’s dreams seem to fade away with only one match left from the Main Round.

The “real” Buducnost is back and defeats Vardar
Larvik secures second spot in group, FCM in trouble