Esbjerg no problem for Győr 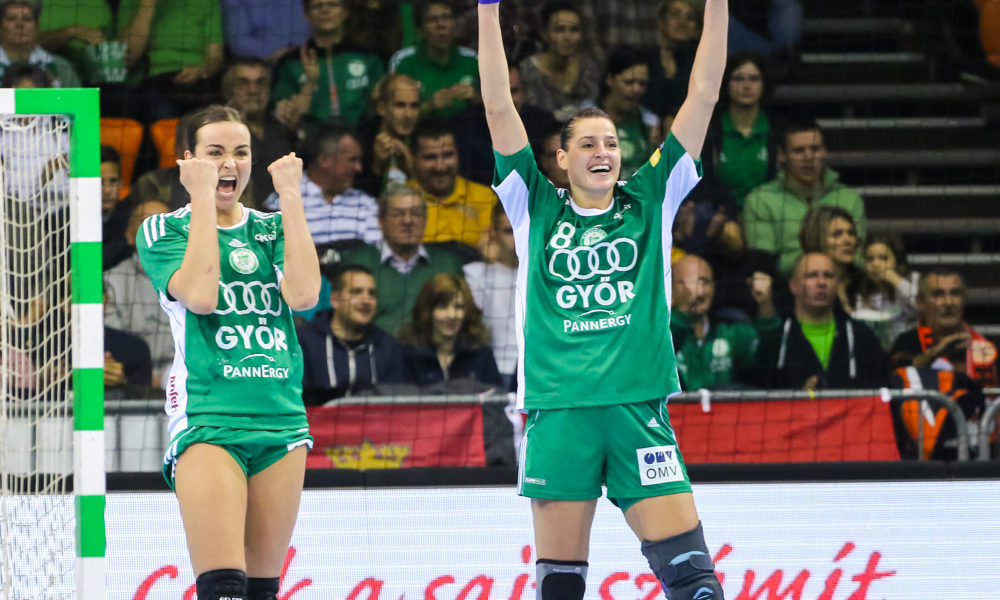 In the fifth round of the Main Round, Győri Audi ETO KC entered the field with the goal to secure the first place in the group. On the other hand, their opponent Esbjerg didn’t have such big goals: they can only hope for a better farewell from their first ever EHF Champions League participation. It took some minutes for Győr to take up the rhythm of the game, Esbjerg only managed to go with them until the end of the first 10 minutes. After 10 minutes gone, Győr made a 5-0 run (9-4) to take the first significant lead of the match. Győr didn’t have to turn to full speed to keep a comfortable lead against the Danes, and the Hungarians had a very high scoring percentage as Esbjerg’s defense and goalkeepers couldn’t stop Győr from scoring. Relying on a solid defense, the home team was able to score easy goals on fastbreaks as the difference kept growing between the two sides. Nora Mörk and Anita Görbicz proved once again that their wrists are extraordinary while the wings were converting their chances confidently (14-8). With just one minute left from the first half, the biggest difference so far was reached as Győr was up by seven goals. Six of them remained for the halftime break (17-11).

As the main questions of the match were already decided in the first half, not much excitement was left for the second period. Győr kept an advantage of 7-8 goals but Esbjerg was more effective in scoring than in the first half. Between the 35th and 39th minutes, Eduarda Amorim netted four times but even the 4 minutes silence from Győr didn’t bring Esbjerg closer to the favorites. In the 48th minute, Kari Aalvik Grimsbö entered the court with a spectacular double save, and just a minute later, the difference grew to 10 goals (29-19) for the joy of the more than 5000 fans in the Audi Aréna Győr. The only question left for the last 10 minutes was if Győr can keep the difference on two digits and the answer was yes: Győr won 33-22 and secured the first place of the Group II. They will meet Metz in the quarterfinals.

Easy victory for Buducnost against Astrakhanochka
Metz victorious in Russia