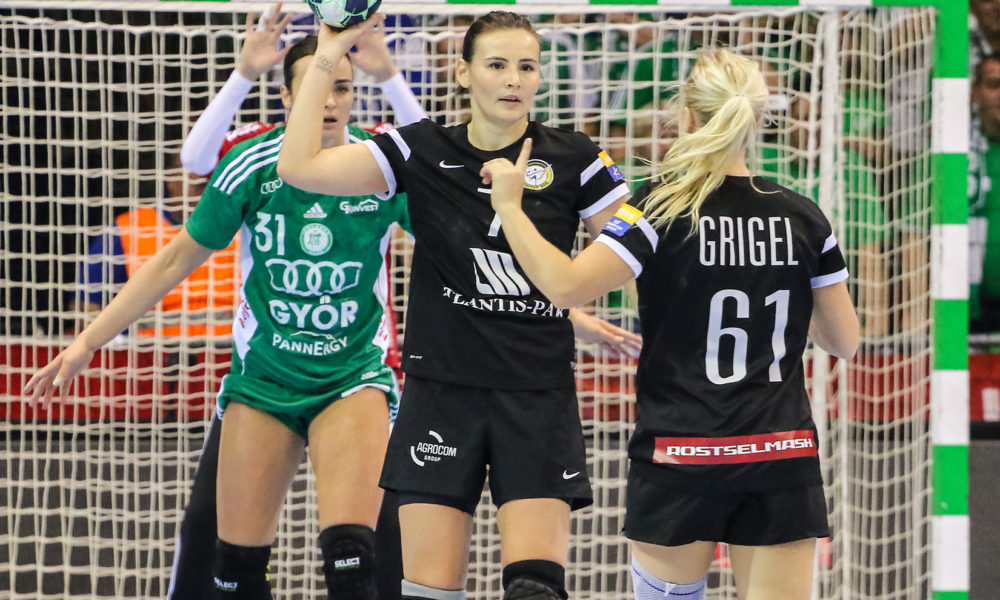 Both Rostov-Don and Bietigheim worked out confident advantages ahead of their second leg of the semifinals of the Women’s EHF Cup. The Russians won 29-18 in Germany against last season’s finalists TuS Metzingen while Bietigheim also packed an 11-goal victory (38-27) against Danish side Nykobing FH. These results promised comfortable second matches for the two teams. Rostov matched the expectations and reached the 2-digit difference once again: with their 31-21 win and +21 goals on aggregate, Rostov was the first team to qualify for the EHF Cup Final.

The things were more exciting in the duel between Bietigheim and Nykobing. The Danish team was going all or nothing from the beginning and things were going in their favor as the difference between the two sides was melting minute by minute. Nykobing made an excellent first half and with 30 minutes to go, the aggregate difference was only 4 goals (20-13). This result gave hopes for the Danes for the second half but their performance fell back a bit and this was enough for Bietigheim to at least stop the Danish run. The difference didn’t seem to change a lot in the first 15 minutes of the second half. Turning into the last quarter of the game, a ray of hope shone for the Danish girls as they were up by 10 goals (29-19). However, the mistakes made in this period were punished hard by the Germans while Tess Wester made important saves in the German goal. In the last 10 minutes, the final was in reach for the Germans as the Danes seemed to lose their hopes slowly. Bietigheim climbed back to 4 goals behind (32-28) which meant a place for them in the final against Rostov-Don.

The two teams have already met in the group stage – Rostov-Don won both matches.