How to defend a title? CSM Bucuresti may have the solution…

photo: EHF
How to defend a title? CSM Bucuresti may have the solution…

The last one of the four participants at the TIPPMIX EHF FINAL4 in Budapest is the current title holder of the Women’s EHF Champions League trophy, CSM Bucuresti, the Romanian champion. The team from Bucharest was the so-called surprise team at last year’s edition of the EHF FINAL 4, when no one expected from them to get a big result, but led back then by Danish head coach Kim Rassmussen managed to  beat both of their opponents, Vardar in the semifinal and Győr in the final. It was a complete season for them after they were newcomers in the European top class and finished highest possible.

Since that triumph the team has changed, Rasmussen left and become Hungarian head coach, the new coach became Jakob Vestergaard at the beginning of the season 2016/2017, the Dane left the German national team in order to join the new champion of the continent.  Brazilian trio: Pessoa, Rodriguez Belo and Da Silva left the club, as did Maria Fisker also and CSM started with a new leftwinger in Majda Mehmedovic, on the line Anastasia Lobach replaced Ekaterina Vetkova (transferred to France) and Paula Ungureanu stepped in replacing Pessoa in the goal, joining Jelena Grubisic on that important position. French duo Gnonsiane Niombla and Camille Ayglon Saurina arrived also to Bucharest and CSM seemed to become stronger than earlier.

The group stage was a tough one for CSM Bucuresti as they were in the Group of Death alongside with Rostov Don, FC Midtjylland and Győri Audi ETO KC. It was a slight chance that they could even miss the qualification from the group as they were defeated by Győr twice and FCM got the victory in Denmark. This was the moment when the management of the Romanian club has decided to dismiss the head coach, Jakob Vestergaard from his position and Romanian Aurelian Rosca was nominated to take the position in order to be able to get a Main Round berth.

After the new head coach took over, CSM managed to defeat Rostov in Russia and FCM had also left from Bucharest without points. Despite all these matches won by the Romanian team they had qualified to the Main Round with only two points, which meant that they have to make a strong impression in this phase in order to be able to finish among the first four teams which can play quarter-finals.

In the Main Round CSM had to face Larvik HK, Krim and Team Esbjerg and we have to admit that at the start they were not on their top level. In Ljubljana the team was struggling against Krim, Larvik managed to steal a point from Sala Polivalenta and in Norway CSM Bucuresti was defeated by Larvik. Even if the quarter-final spot was not in danger with two victories against Krim and Esbjerg, the management of the club took another turnover on head coach front and one week before the quarter-final duel against Hungarian FTC Rail-Cargo Hungaria the club has announced that Swedish Per Johansson will be the new technical director, to help the work of the coaches at the team. Rosca could not stand this decision and he quit, but the head coach position was quickly taken over by Johansson helped by Adrian Vasilescu and Linnus Persson, as goalkeeper coach ( he is the boyfriend of Bella Gullden). 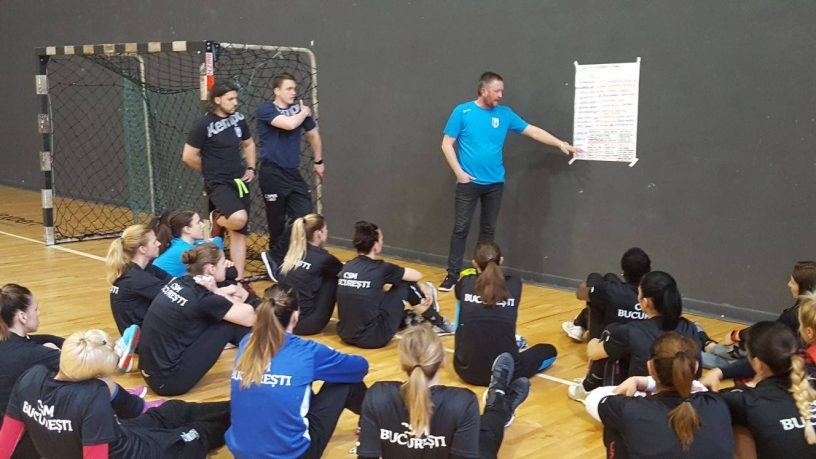 The quarter final: the first match was won by CSM Bucuresti with a five goal difference, somehow lucky as they had only two goals advantage two minutes before the end. FTC Rail Cargo Hungaria is a dangerous team, but Bucuresti managed to win in Budapest as well and has reached the TIPPMIX EHF FINAL4 the second time.

The play of the team is still set by Gullden, but Torstensson, Niombla, Bradeanu are also dangerous on backcourt. CSM has very efficient wing players as Majda Mehmedovic find herself after a struggling season start meanwhile Carmen Martin on the rightwing is outstanding most of the time.

The position of the goalkeeper – Paula Ungureanu took over slowly but secure that position and she is seconded by last year’s MVP of the EHF FINAL4, Jelena Grubisic who had a paler season.

All the coach replacement saga seemed to confuse the team during the season, but the current head coach, Per Johansson seems to have a clear, precise tactic and the players get his ideas quickly. The defense becomes stronger and all the players of CSM seemed to reach their best form at the right time of the season.

CSM Bucuresti will face Vardar again in the semifinals of the TIPPMIX EHF FINAL4 as last May, but right now is hard to predict which team can make it to the final.Both teams has a deep squad, with top-class players seating on the bench, but Vardar had also changed head coach three times during the season, so it remains to see which team will take advantage of this. 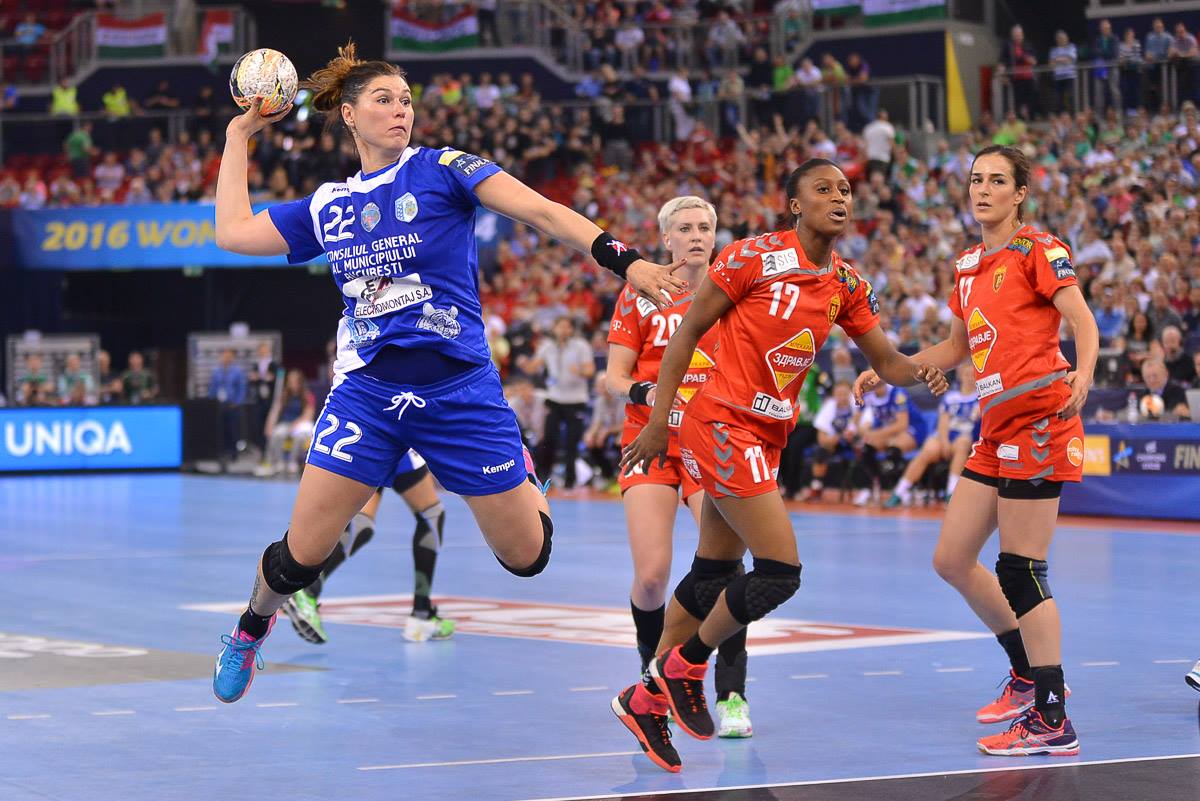 Line Jørgensen on rightback and Cristina Varzaru on rightwing are both injured and will not be able to play in Budapest. Varzaru is replaced by Danish Simone Bøhme, transferred in January 2017.

The topscorers of the team are Isabelle Gullden with 79 goals and Carmen Martin with 56 scorings, and they wil surely increase the number of their goals this weekend in Budapest.

CSM Bucuresti is no longer the surprise-team, they arrive to Budapest as title-holders and every other team will prepare aganinst them according more focus this time as earlier for sure. The team aims to repeat last years success of course, but is always more difficult to defend a title than to win it.