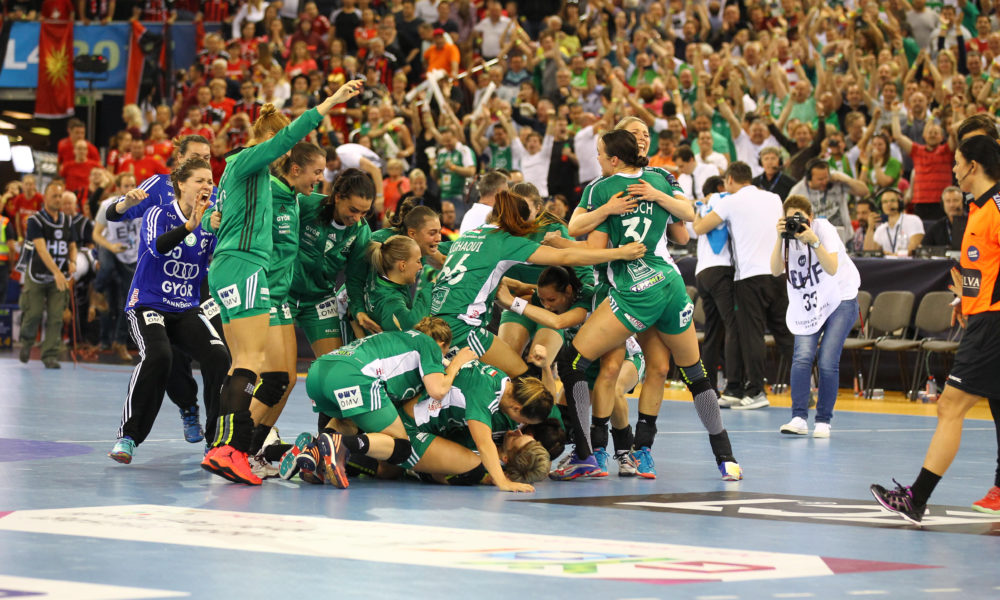 photo: Zsolt Halmágyi
Győr on the top of Europe again after a thriller of a final

A crazy goal show opened the EHF Champions League final of this season when in less than 12 minutes the two teams scored not less than fifteen goals: Görbicz, Amorim, Groot, Lekic, Radicevic netted several times, the run was stopped by a  timeout from Vardar. The two teams had a close race until 10-10, but afterward, Győr put a strong defense and Vardar had an eleven minutes period without scoring, 14-10. The goal silence was broken by Camilla Herrem, than Penezic finds the goal, 14-12. Nora Mørk established the final result of the first half, 15 – 12. 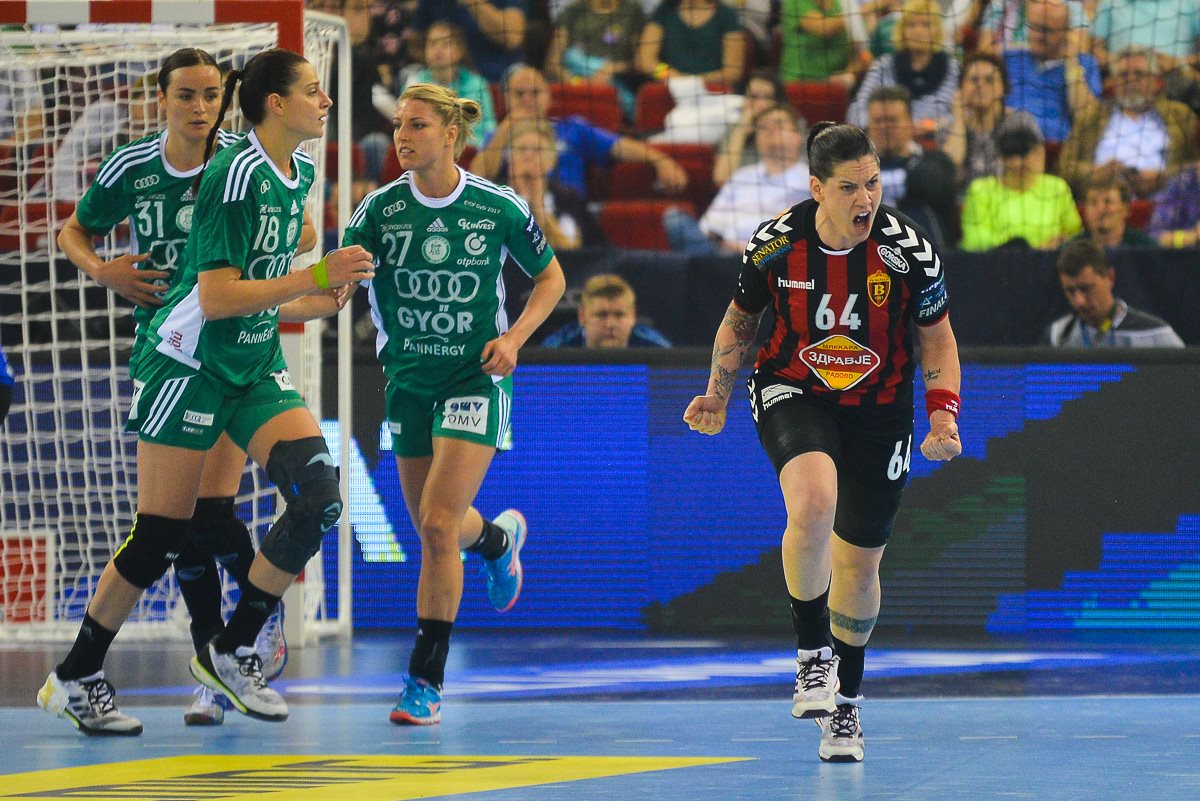 The second half started with Vardar-storm, where Radicevic, Lacrabere or Penezic scored and Mayssa Pessoa took over the goal, making some important saves, helping her team to keep close to their opponent. Zsuzsanna Tomori showed her shooting power, putting two crackers behind the Brazilian goalkeeper, but Grimsbø was also in a good mood and stopped a Herrem-spin. 19-17 was the result at the middle of the second half, and Vardar seemed to not find new ideas to break the Hungarian defense, only some mistakes from Győr’s side allowed them to come closer.

Vardar had more powers due to their deeper squad, Győr -players started to experience fatigue, Yvette Broch had to go off court and get a leg massage from the team’s therapists, meanwhile, Vardar managed to score from seven meter by Lacrabere.

Two quick goals from Nycke Groot transformed the difference to two goals again for Győr, but after a team timeout from Vardar, Anja Althaus scored twice from the line.

It was the time for Nora Mörk to show her class, but Althaus was unstoppable on the line player position. Vardar leveled the game at  24-24, with Althaus’s fourth scoring. Covic, than Groot got two minutes suspensions, Tomori took back the lead, but Lekic made it equal again, 25-25. Jana Knedlikova fought for a seven meter, Görbicz scored for a new lead of  26-25. 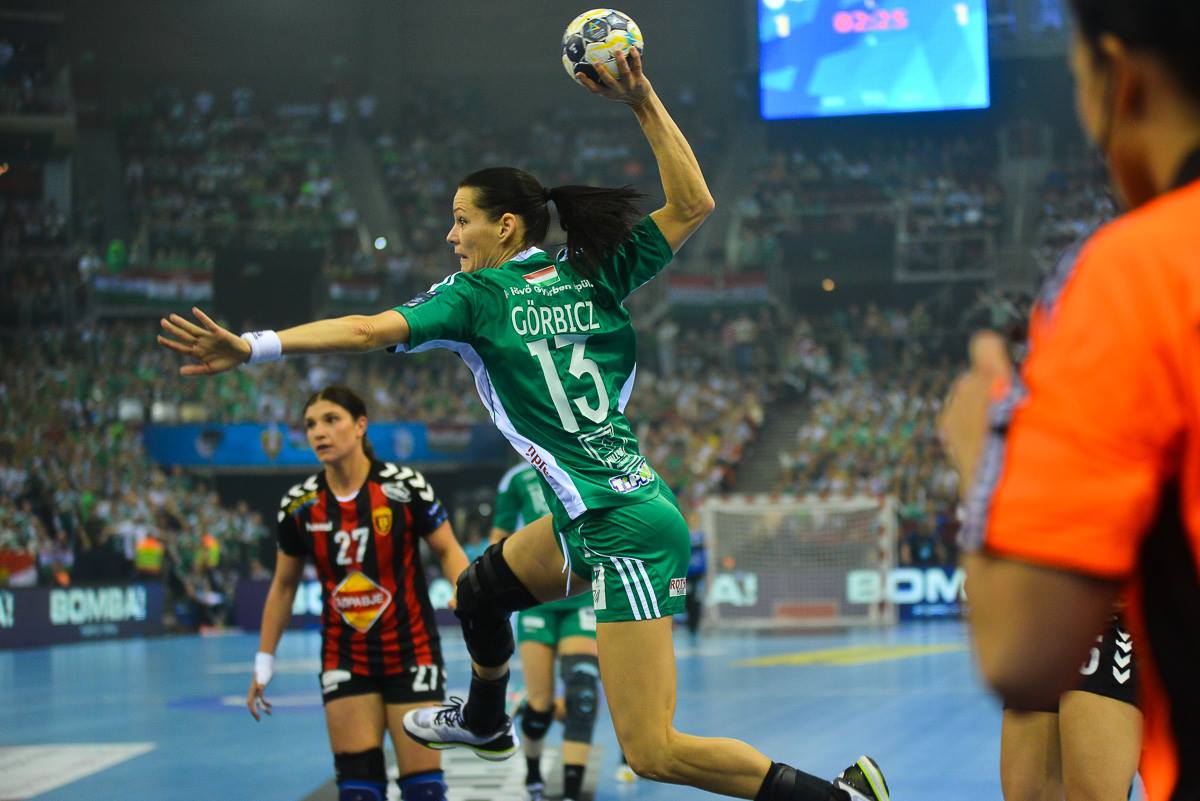 One minute before the end Tamara Mavsar leveled the game again, 26-26, this is the time for Ambros Martin to call a timeout, but when one minute left Győr could not score, even having the ball so the reglementary match time ended 26-26.

Nora Mørk and Nycke Groot scores for 28-26, than Görbicz made it 29-26 from 7 meter. Mavsar scored from the leftwing to bring Macedonians closer, 29-27, then lost the ball in attack. Andrea Lekic found the goal again, 29-28, at the end of the first extra time.

Jana Kendlikova use her power to get through and scores for 30-28. Lacrabere reduced the gap from seven meter, 30-29, meanwhile Broch is suspended. Neither Győr or Vardar can score in the next attacks, but Lacrabere brings Vardar closer again after a seven meter scoring.

Nora Mørk wants this title and puts the goal behind Leynaud, 31-29. The last scoring of the game is Lacraber’s from a new seven meter. One minute to go and Győr managed to keep the ball until the very end, winning the Champions League trophy for the third time.