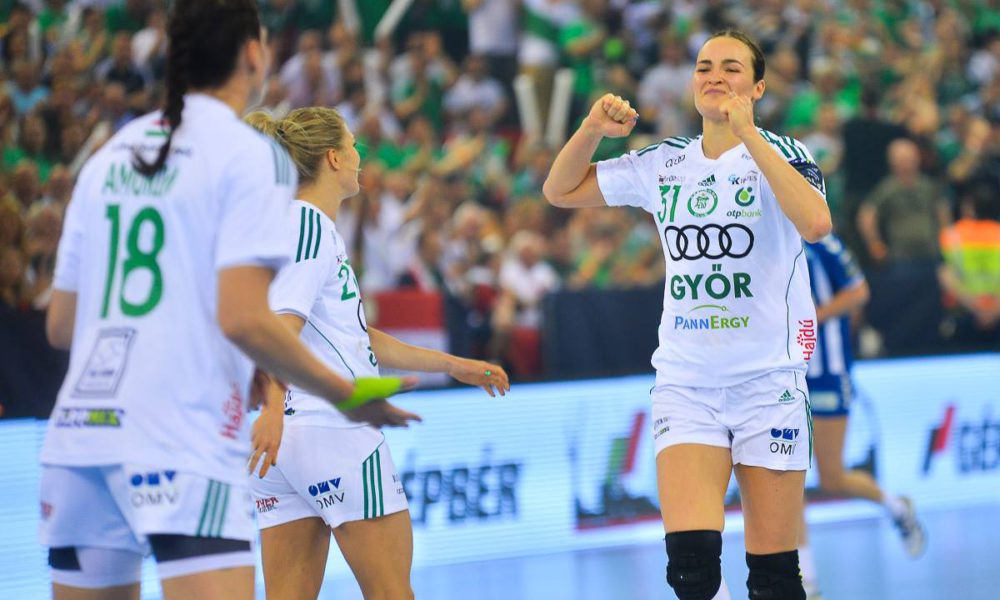 The two Dutch players of Győr had qualified lately in a series of finals: world championship final, EURO final and bronze-medal match at the Olympics –  they lost all of them. In addition, last year’s CL-final had slipped out of their fingers in last minutes. It was time to finish victorious this time in a new final!

“This was a real final in the very real meaning of the word. Both teams gave everything, had a good fight and this resulted in extra times. During the match, I could not feel at all that we are in danger to lose the game.

“We had the support of our  fantastic fans all the time and I have to say it that I was waiting for this moment since last year’s lost final.

“Now I am tired, but it’s time for celebration!”

“It is not very easy to play such difficult games in two days and we had also problems to perform on the same level as yesterday. We had some oscillations, but we fought as a team, we were confident and helped each other during the game, so we managed to get the victory.

About the MVP award

“I am very happy of course, it is nice to win an individual award, but sincerely I am much more happy to have this gold medal around my neck, this means that we are the winners of the Champions League.”