Tomori: “We wanted the team to shine instead of individuals” 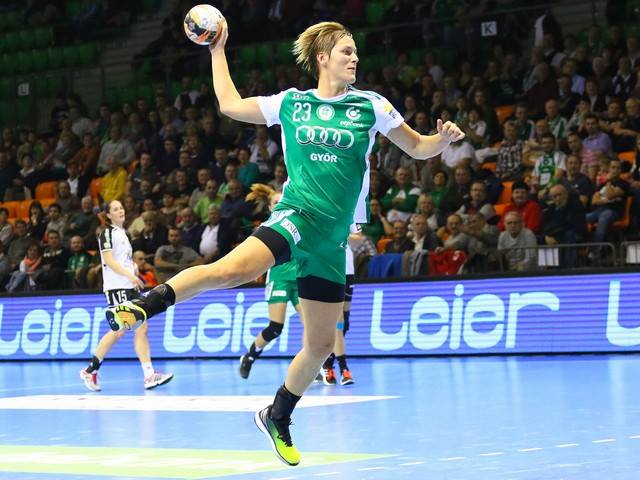 Photo: Tamás Csonka
Tomori: “We wanted the team to shine instead of individuals”

Zsuzsanna Tomori arrived to Győr last season with the clear objective to win the Champions League. The former top scorer of the competition (2013) suffered a serious injury at the world championship and missed a year. She found her old self in the best possible time: she had a big role in Győri Audi ETO KC’s Champions League-victory.

About the red card in the semifinal:
“It was hard to take especially my second 2-minutes suspension because I felt it was not right, but Ambros told me on the way to the bench to calm down and to be smart. I didn’t want to receive a red card immediately but unfortunately, I had to leave the court in the 43rd minute. But this is just a part of the past now.”

About the final:
“I think the key to the victory was the teamplay. Vardar has good players and so do we, but I think our heart was decisive in the key situations. In the most important moments of the match, we always had a player that helped us through the difficult times. We encouraged and supported each other, if we made a mistake, we could correct it as soon as possible. This was a fantastic victory and I am really happy to be part of this.

I think after 45 minutes we got physically tired and made some bad decisions, but we had a brave heart that compensated these. When the regular time ended, we weren’t scared or didn’t start panicking, we were just telling each other ‘come on, let’s do this again’. Then we scored three goals straight in the extra time, then I felt we are on the right track. In the end, we played smart, we remained disciplined and clever even in the final seconds. When Vardar scored, we agreed to play with time whatever happens and we managed to keep one goal of our advantage.”

About her role in the team:
“Everybody took their part from this victory. We all knew our tasks and role, nobody wanted to be more than that. We found the right way to cooperate and to work together as a team. We knew we can’t win individually, only as a team, so we were preparing for that. We didn’t want to shine individually, nobody wanted to be top scorer: we all wanted the team to shine instead.”

Nora Mørk: “This was the greatest I have experienced in my career so far”
Győr received the champions