PSG are the first finalists 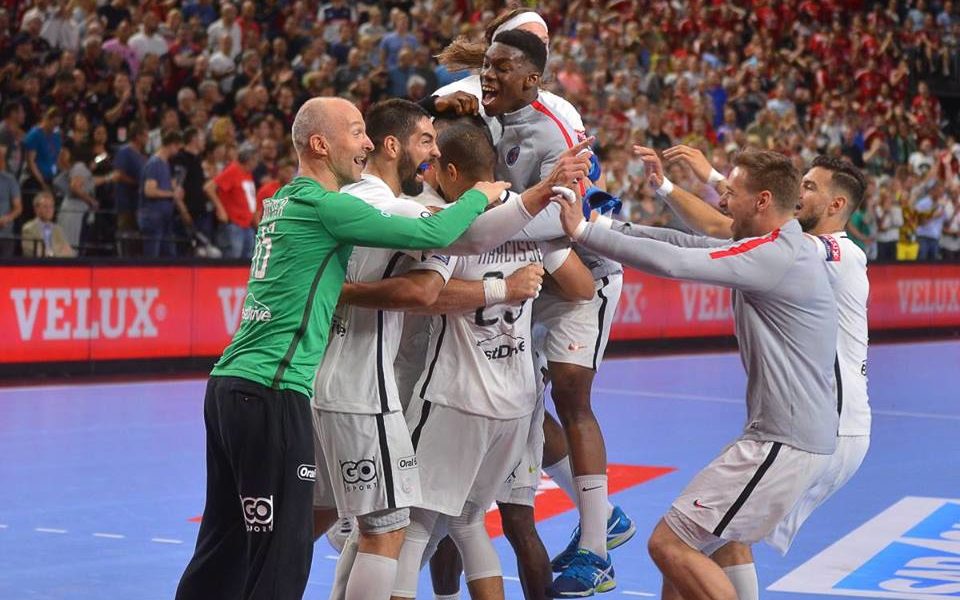 In the first semifinal of the VELUX EHF Champions League FINAL4, PSG Handball met Telekom Veszprém in Cologne. In the beginning of the match, Veszprém, supported by around 5000 loud Hungarians, could go in front, but PSG reacted with quick goals and slowly took over the control over the game. With two fast break goals converted by Uwe Gensheimer and Luc Abalo, the PSG-lead was 2 goals for the first time in the match. There was a fight of gladiators on the field: the defenses on both sides were almost impossible to break. PSG’s fast breaks were deadly as always, and showed what Veszprém needed to avoid to have a chance to win the match.

Even though Thierry Omeyer started in a very good form, Roland Mikler slowly took up the rhythm of the game and helped Veszprém’s rock solid defense with some great saves. Mikkel Hansen stood on the top of the French troop while Nikola Karabatic didn’t really find the rhythm of the game. PSG’s superstars were in serious trouble against the Hungarian wall and even though PSG had a 3-goal-lead (6-9), Veszprém managed to fight back. Máté Lékai brought a breath of fresh air to Veszprém’s game with his high speed, his dribbling ability and two great goals in the most critical period of the first half. The two sides went to the locker room with an undecided 11-11. 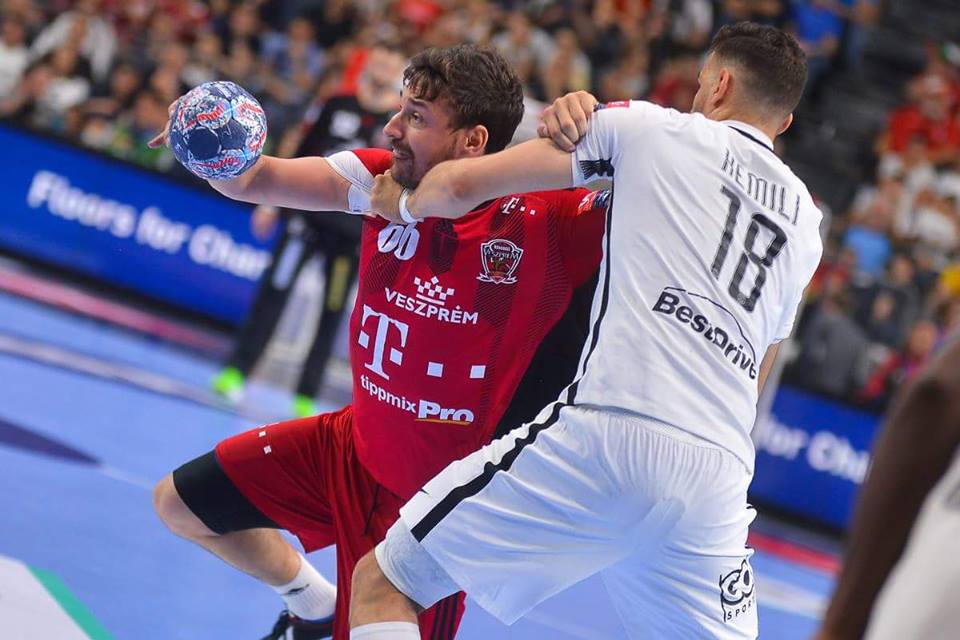 Lékai was a key figure in the dying minutes of the first half. | Photo: Filip Viranovski / gol.mk

In the beginning of the second half, Momir Ilic scored his first goal in the best moment (he even missed a penalty in the first half), but Veszprém’s joy didn’t last too long. PSG’s attacks were mostly relying on individual actions, and in the first minutes of the second half, Daniel Narcisse was above everybody – literally. Veszprém’s defense was still rock solid and forced PSG to a lot more technical fouls as usual, but all the mistakes were punished by PSG. After 10 minutes gone from the second half, PSG was up by three goals again (16-19). The Hungarians tried hard to get their chance for the final back, Mirko Alilovic saved Gensheimer’s penalty and at 21-21, they managed to equalize with a little more than 10 minutes left. In this period of the game, Aron Palmarsson’s shots were less successful as before but he was giving some spectacular assists to Blaz Blagotinsek who converted his chances well.

On PSG’s side, there was always a player that took the team on in the most difficult moments. Despite Veszprém equalizing, PSG always had an answer as fast as lightning. Sabate put Mikler back to the goal for the most critical period of the game and the Hungarian goalkeeper entered the field with some great saves, keeping his team in the match: he even saved a crucial penalty from Mikkel Hansen. With Nikola Karabatic’s first goal in the 58th minute, Veszprém’s chances seemed to fade away (25-27). After Xavi Sabate’s time out, László Nagy gave the sign for the last run with a quick goal. PSG missed the last attack as Mikler saved Remili’s shot, and Telekom Veszprém had an attack and almost a minute to save it to extra time. In the last 30 seconds, the Hungarians tried to be more effective with seven field players but with just a few seconds left, Andreas Nilsson couldn’t grab the ball. PSG didn’t have time to score any more, but it didn’t count any more: PSG won 27-26 in a match with heroic fight and rock solid defense from both sides. This will be PSG’s first ever participation in the Champions League final and around 19:30, we will know who they will need to defeat on their way to the desired trophy.

VELUX EHF FINAL4: Who will follow Kielce on the throne?
Luka Karabatic: “We need to move the focus toward the final…”