Vardar to the final in Cologne after nail-biting encounter 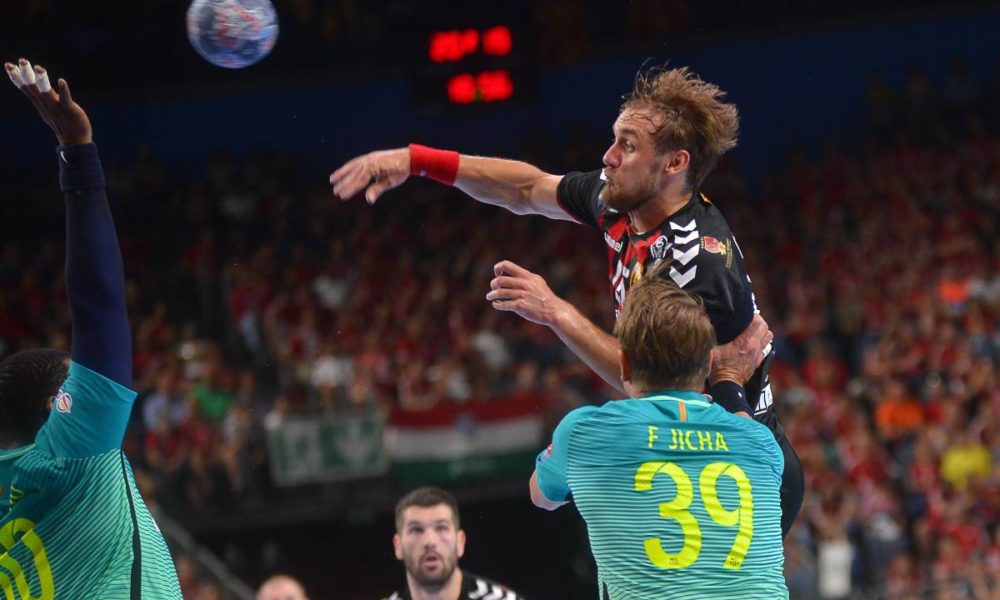 Luka Cindric scored the decisive goal for Vardar /photo: Filip Viranovski/gol.mk
Vardar to the final in Cologne after nail-biting encounter 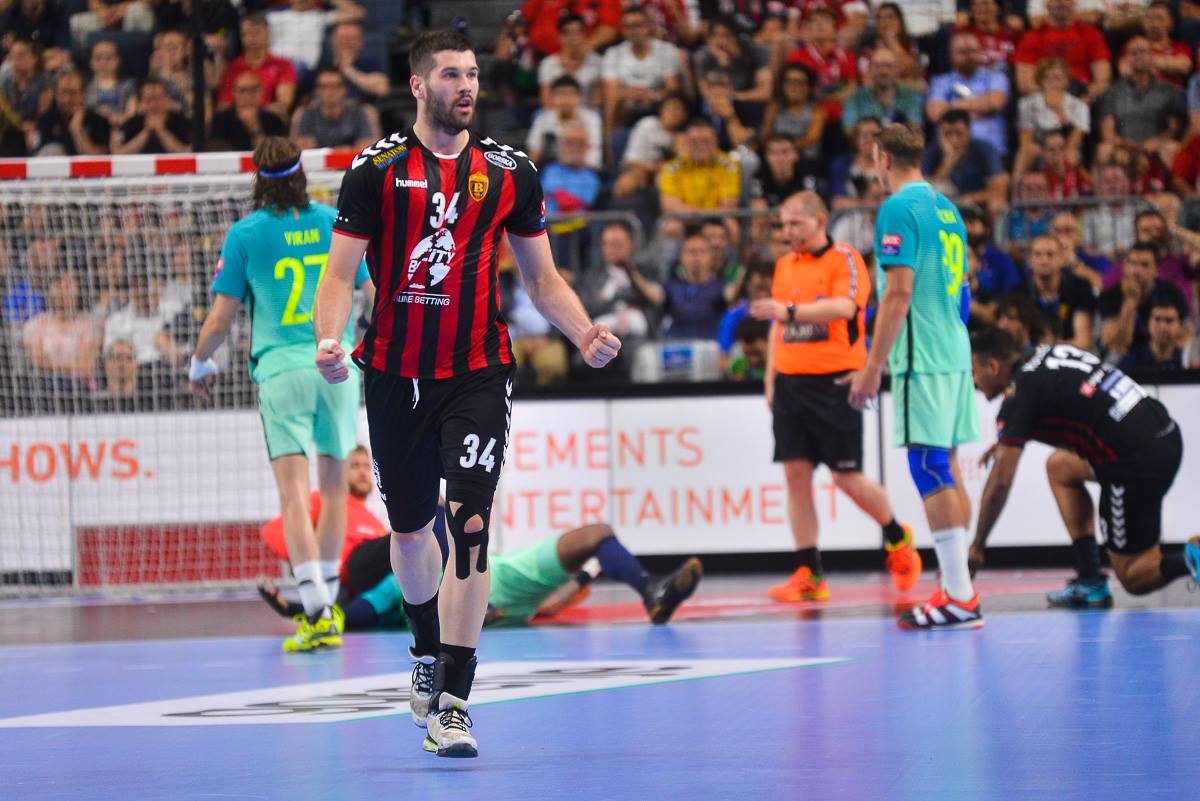 In the second semifinal at the VELUX EHF FINAL 4 it was the turn of Macedonian Vardar Skopje, first-time participants at this event against Spanish champion from Barcelona.

The match started with Barcelona getting in position, and taking the lead 5-8 at the middle of the first half. Men, Jallouz or Rivera were responsible for the Spanish efficiency, meanwhile, the opponent had a great shooter in Borozan, scoring five times in the first half, but Dujsebajev and Cupic had also contributed to Vardar’s goals. Although everybody like to remember the best goals, we have to remark that the greatest match inside this game was played between the two goalkeepers, Sterbik for Vardar and Perez de Vargas for Barcelona made everyone silent or very happy with their saves. After Barcelona had a three-goal advantage, Vardar fought back and leveled the game at 11-11, then simply won the first half by one goal 13-12. 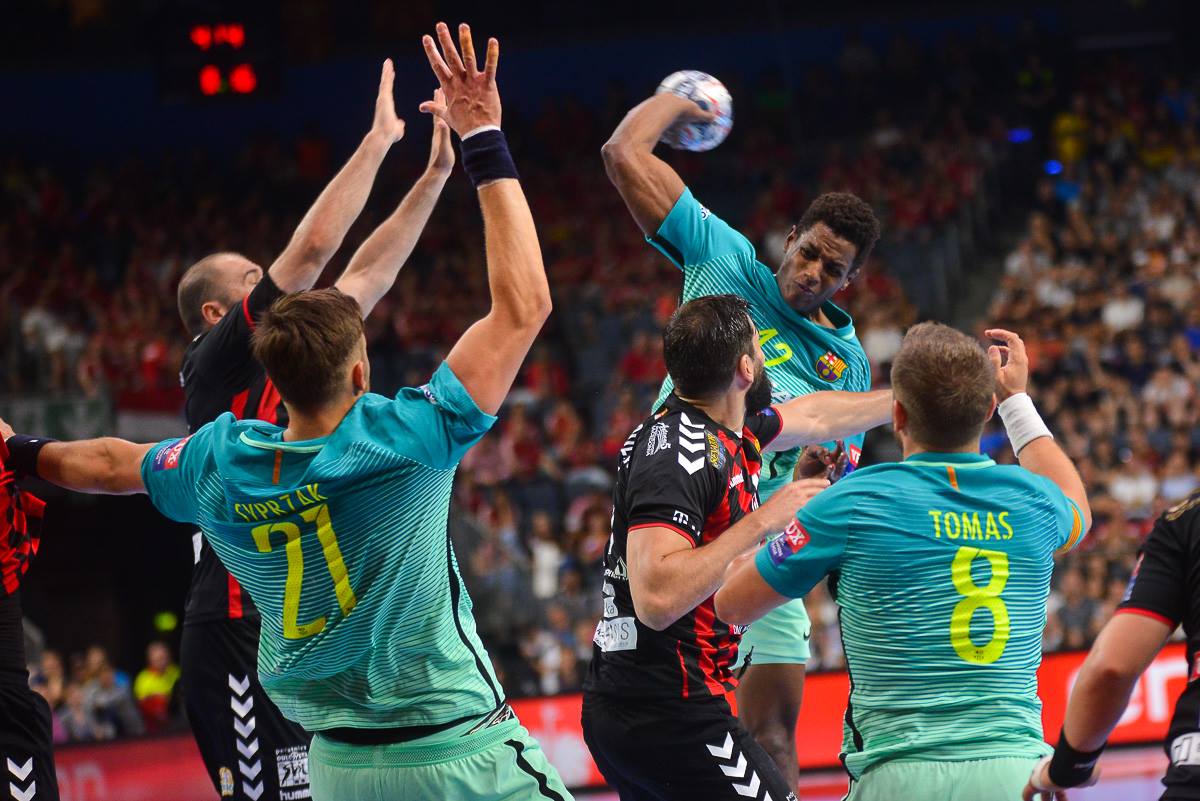 The start of the second half seemed to bring a more consistent Vardar-lead, as they scored first, but Barcelona came out after the break as eager as they had to be in order to be able to fight this very important game. They leveled the game at 15-15  and 17-17, then Vardar managed to take back the lead 19 -17 and keep it 20-18, 21-19. Ten minutes before the end Barcelona scored for 21-21, then took the lead 21-22, but thus was not long lasting.

Sterbik and Perez de Vargas continued the good work they put down in the first thirty minutes and in the attack, Vardar had Dujsebajev and Cindric to stir the game as Barcelona was kept over the water mostly by Lazarov with three consecutive goals. The two teams had a narrow race in the last five minutes, with a slight advantage for Macedonians at 24-23 (Cupic from seven meters), but Lazarov equalized once again 24-24.

One minute before the end Luka Cindric broke through and scored fro a new Vardar lead, but Lazarov leveled the game again after a power-play with empty goal and two line players from Spanish side, 25-25

Vardar’s head coach called his timeout to give instructions for his team in order to how to put the ball in the Spanish goal, using only the seventeen remaining seconds and to win this semifinal. His players made what the coach said and Cindric scored for the victory of Vardar and their first VELUX EHF FINAL 4 spot in handball history.

Luka Karabatic: “We need to move the focus toward the final…”
Happy Vardar and disappointed Barcelona after the semifinal