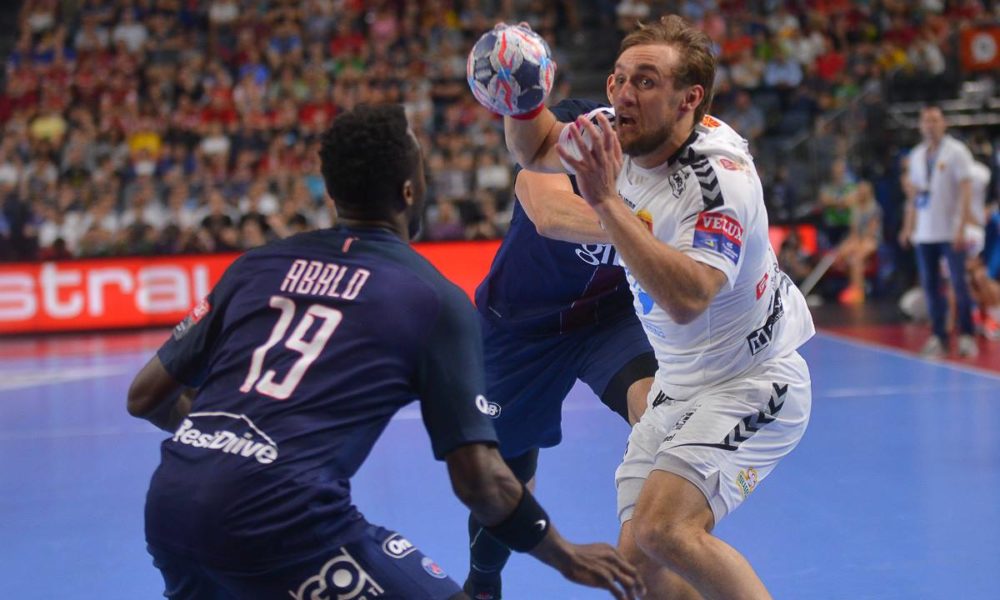 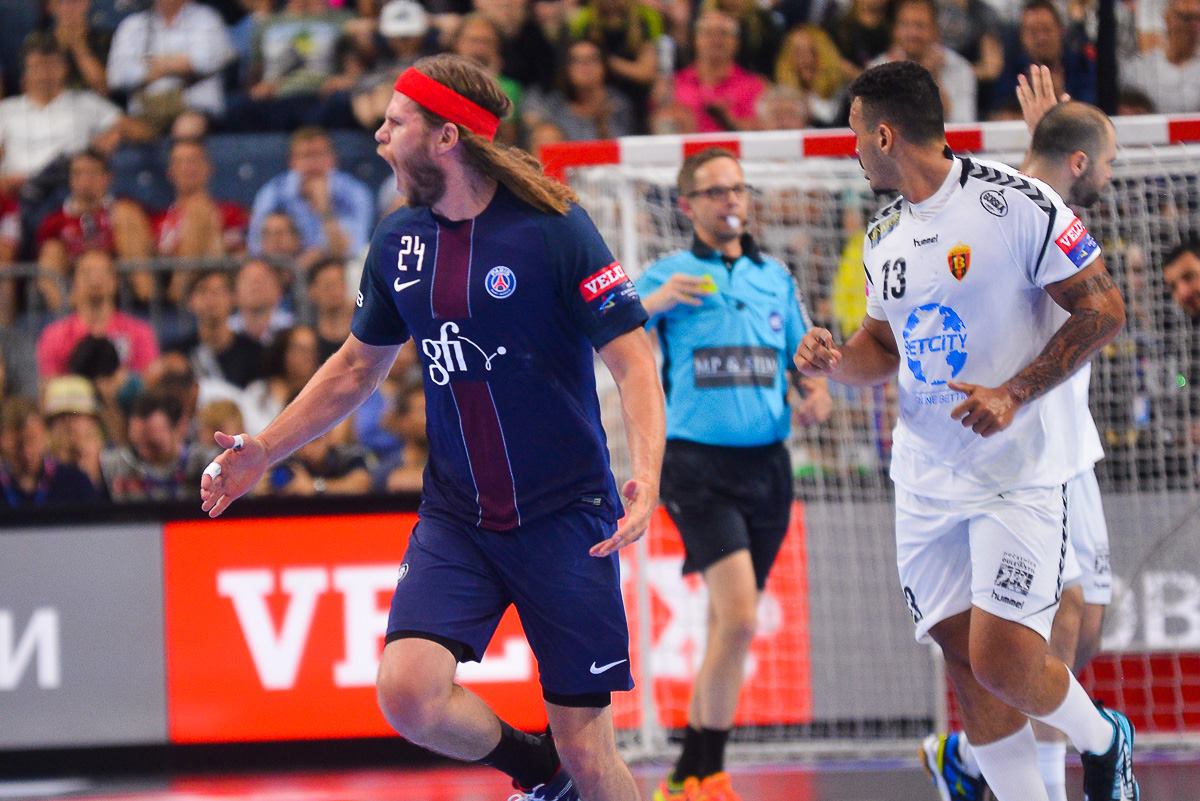 Yesterday’s two winners in the semifinals, PSG and Vardar will face each other in the big final of the Velux EHF FINAL4.

Danish Henrik Møllgaard, from PSG told to the ehftv.com that they “have to try to stop a team which plays speed handball, which they do with a lot of confidence, so we have to kill that enthusiasm and confidence at the start of the game in order to be able to win the final.”

Stojanche Stoilov, line player of Vardar has spoken before the final about the incredible support they got from their supporters in the hall and another 2 million fans in from of their tv screens home back in Macedonia. “We know that PSG is the favorite to win this game, but this is only one match and everything could happen here. In one game you can win anybody. ”

The French team opened the final to start with a lead, but it was shown later that this will not be the match of the goals, mainly because the two teams put on the court an impressive defensive work and the two goalkeepers, Omeyer (40) and Sterbik (37) showed to the world why they are keeping the  VELUX EHF FINAL 4 finalists goals even at this age.

Vardar had a good start and they were in lead 4-7 and 8-10, led by Cindric, Dibirov and  Cupic as on the French side Karabatic, Abalo, Hansen were the goal-responsible. In the last five minutes of the first half PSG seemed to find the fitting way to play against Vardar and the team of Serdarusic managed to level the game at 11-11, then took the lead and finished 12-11 before the pause. The Macedonian seemed to struggle with some fatigue, making many mistakes on decisive moments and taking wrong decisions in some situations. 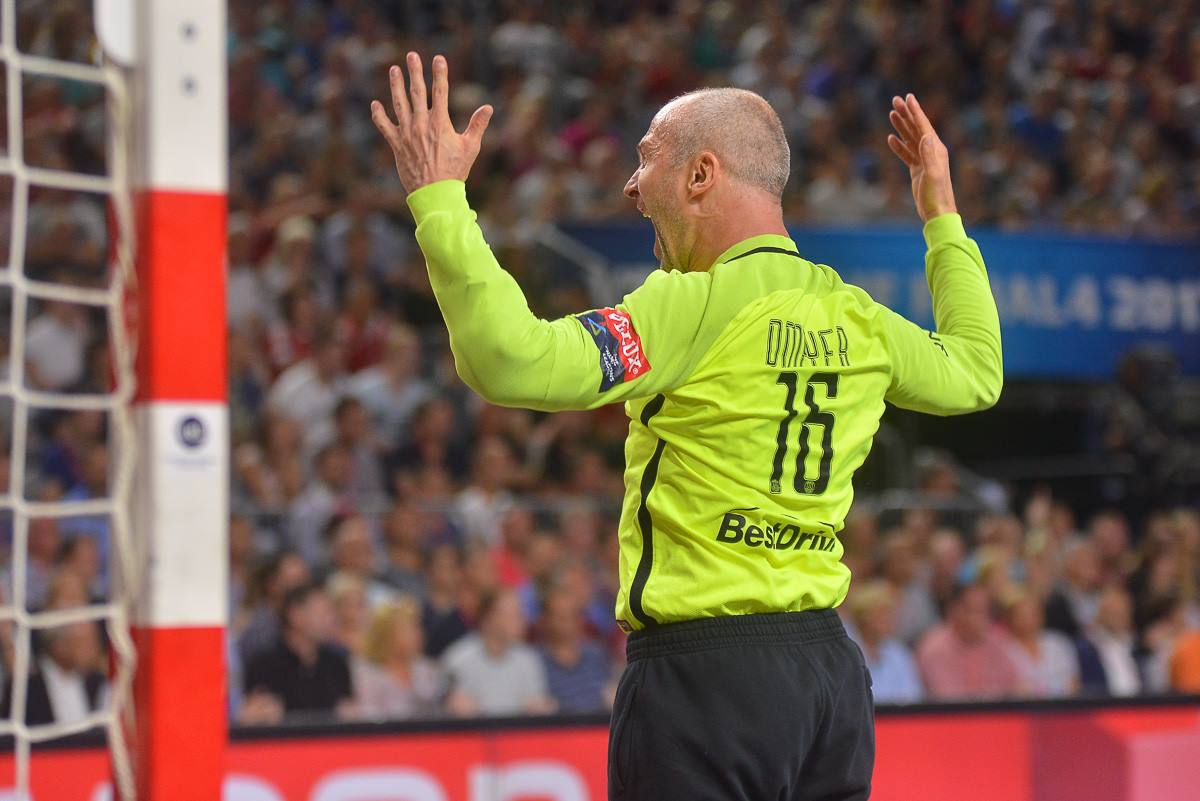 The second half started with Vardar leveling the game than taking the lead by two, 13-15, 14-16. Dibiroc, Cindric and Dujsebajev scored, meanwhile Parisiens were kept close by Nikola Karabatic and Stepancic. Vardar increased the difference to 17-20, using cleverly the empty goal play of PSG and scoring twice this way. Macedonians kept the lead all the way to 53.minute when PSG leveled the game 21-21.

Serdarusic called timeout, but at the next attack, Mikkel Hansen lost the ball and Dibirov scored on a fast break after stealing the ball, 21-22. This was topped by Borozan who made it 21-23.

Thre minutes before the end Omeyer saved a shot from Cindric, and PSG was pressured to score and so did Remili keeping French hopes alive, 22-23. Luka Karabatic got his third suspension,  for hitting Cindric, but Dibiroc missed the chance to finish the deal from the left wing and gave the opportunity to PSG to play for extra-times. Daniel Narcisse did not miss the shot and leveled the game 23-23, and Vardar got seven seconds to close the deal after a timeout from head coach Gonzalez.

The last seven seconds looked like handball is a simple game, you just have to do what your coach is saying and after three simple passes Ivan Cupic scored the goal of victory from the right wing and the match ended right away.

Veszprém take the bronze
Palmarsson: “We won today due to our better offense”