Palmarsson: “We won today due to our better offense” 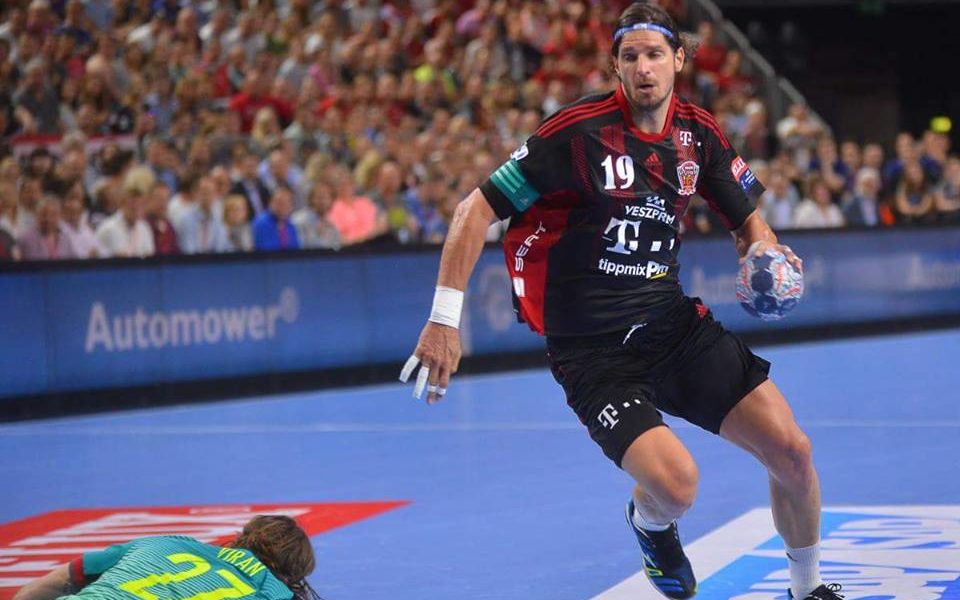 Cologne, 4 June – Comments of players after Telekom Veszprém beat FC Barcelona Lassa 34:30 in the 3/4 placement match of the VELUX EHF FINAL4 on Sunday at the LANXESS arena.

On his emotions after last game as coach for Veszprém:

“First of all, I would like to congratulate to my players, all our team and our club. After a very hard match yesterday we played as good as we can. For me, it is a pleasure to win that match against Barcelona. It is the first time in those five years I am here that we won against Barcelona. I do not know if we won against them before. Therefore I am very happy. We arrived here in the best moment of the season. I said already yesterday that we deserved the victory, but this is the past and is no longer important now. It is also a pleasure to have that victory against that club and that amazing team with a very good coach – my first coach when I played handball by the way. This was special for me as well. Finally, I need to thank our fans for the supporting wall they built.”

On being happy about the third place:

“Of course we wanted to be in the final. It couldn’t be after losing the semifinal yesterday against a very good Paris. After that lost match, we had to step up for today and try to win against Barcelona. I think the team reacted very good. We started well in attack, not that good in defense; but anyway we always were one step in front of Barcelona during the whole match and that was important. Important victory for our team because it is always good to say ‘goodbye’ to Cologne with a victory. We need to keep working to come back next season.”

“At least we could finish the season with a victory. We really enjoyed the match today. For sure we had preferred to play the second match. But well, this is the best we could achieve today.

“We took the best out of the match today, we wanted to win and finish the season with a victory. You don’t play if you don’t want to win even if it’s not the final. We showed everyone today that we are a team. Of course it was a long season but now it’s over and we can refuel our power.”

“They are incredible, I can’t believe what they did this weekend, without a break they screamed, jumped and just did a fantastic job.”

On the match itself:

“You can’t compare yesterday’s match to today’s, they were completely different. Our heads were a catastrophe and it wasn’t easy but we were able to give these 2 or 3% more than Barcelona gave today. Our trump card was our offense, we scored many goals, I don’t exactly how many right now but we won because of our offense. Although I have to say both teams played better defenses before so it was about the offense and we had no big problems with Barcelona’s defense.”

HC Vardar takes the trophy after defeating PSG
Victor Tomas: “I assure you that we will be back…”