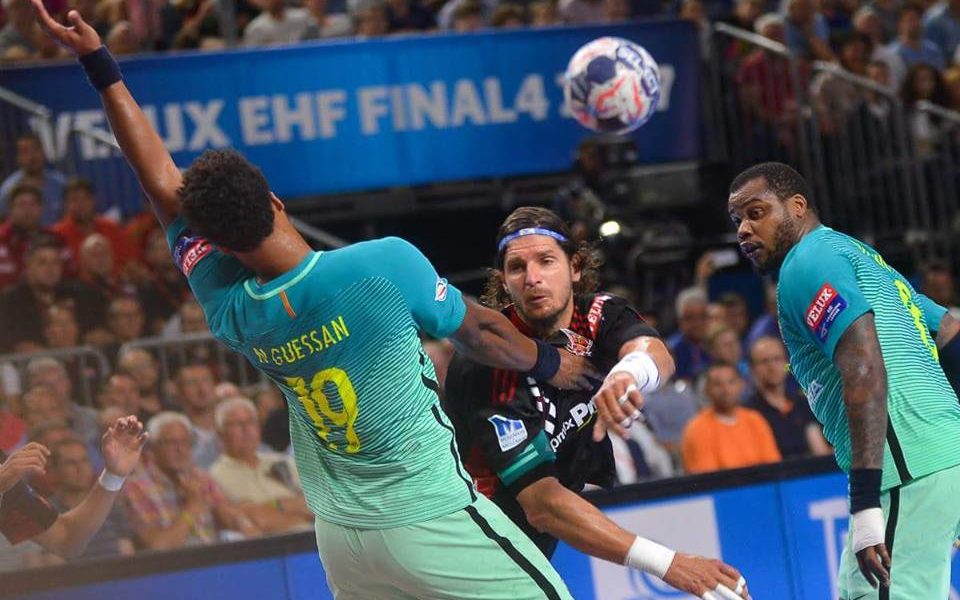 The bronze medal match is always a battle of somewhat disappointed teams and this time it wasn’t any different. Telekom Veszprém lost the semifinal against PSG Handball by one goal, while FC Barcelona was defeated by HC Vardar with a goal in the last seconds. Xavi Sabaté made a change in the squad: defense specialist Timuzsin Schuch was replaced by Gábor Ancsin in the team. Xavi Pascual started with Borko Ristovski in the goal and players like Victor Tomas or Valero Rivera were benched. Ristovski didn’t enter the game well and all of Veszprém’s shots were successful, no surprise that the Hungarians went in front in the first minutes of the game.

The defenses were not as tough and difficult to break as in the semifinal matches, both teams concentrated more on attacks. Barcelona took the lead for the first time at 5-4 but Veszprém made a 5-0 run to lead by four goals for the first time in the match (9-5). Xavi Pascual’s timeout was right in time for his team as the Catalans managed to stop Veszprém’s run. In the 20th minute, Pascual made a change in the goal: Borko Ristovski was replaced by Gonzalo Perez de Vargas and the Spanish international had more saves in the last 10 minutes than the Macedonian in the first 20. Barcelona slowly closed in to Veszprém and with just 3 minutes left from the first period, they equalized with the goal of Kamil Syprzak. The Hungarian champions led by Máté Lékai and Cristian Ugalde still had a response for the equalizers of Barcelona, so they finished the first time with a narrow one-goal lead (18-17). 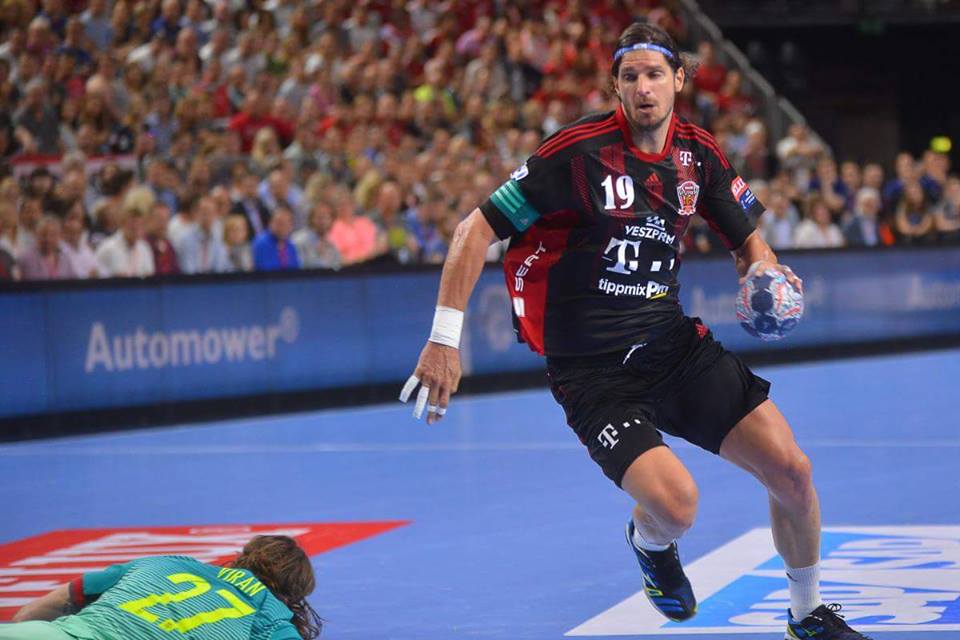 At halftime, Xavi Sabaté replaced Mirko Alilovic by Roland Mikler and this change seemed to work well right from the first minutes of the second half. Veszprém took a quick 3-goal-lead in the first minutes, at this time, László Nagy was the main name in his team. The Hungarian happiness didn’t last too long as Barcelona was back in the game within a few minutes (22-22). Despite the equalizing, Barcelona didn’t manage to take control of the game as Veszprém didn’t let the game flow out of their hands. In just seven minutes, the red-black Hungarians scored 5 unanswered goals were up by 5 goals, for the first time in the match (27-22). In the last quarter of the game, Barcelona needed to take more risk if they wanted to save their chances for the bronze and one of the best left-handed players ever, Kiril Lazarov took the responsibility in this period. All of Barcelona’s goals were answered by Veszprém and in the last minutes, Aron Palmarsson put up a one-man show mostly one by one against defensive specialist Viran Morros to help his team to a confident victory (34-30). In their 4th participation, Telekom Veszprém took their first bronze medal and gave a little happiness to the 5000 Hungarian fans collected in Cologne.