Sweden and Romania through to the world championship

Sweden and Romania through to the world championship

Two matches of the second leg of the IHF Women’s World Championship 2017 were played on Tuesday evening and there was no surprise in the two matches. Sweden had an 11-goal advantage from the first leg against Macedonia and they grew up to the expectations: the Scandinavian girls smashed Macedonia in the second match in Ystad: their 19-goal, 46-27 victory means they already booked their place at the big tournament in Germany. 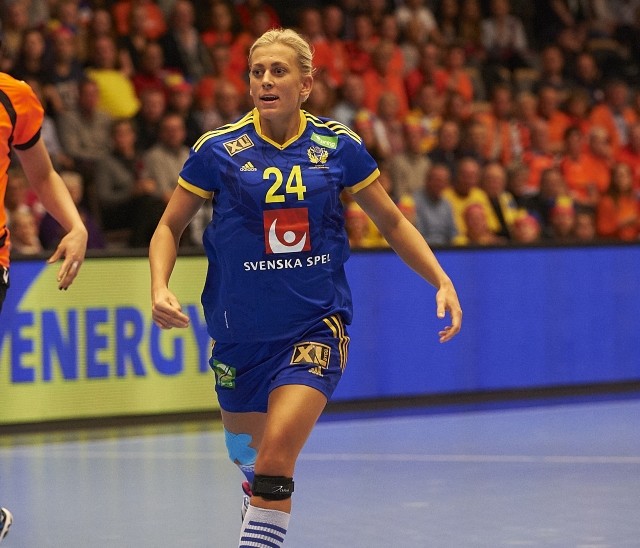 Nathalie Hagman was one of the best Swedish players against Macedonia. | Photo: Sören Eriksen

The second match of the day was played between Austria and Romania. The Austrian team put up a great fight on Friday in Romania, still Romania managed to win by 5 goals which put the Austrians in a difficult situation. Despite the better Romanian start, from the middle of the first half (from 2-4 to 6-4), Austria was constantly leading. At halftime, they were up by 2 goals and in the beginning of the second half, the difference grew to 3 goals. At that point it seemed although Austria’s task is not easy, it is not impossible. This was a wake up call for the Romanians as they started to take control of the game slowly and in no time, they already had the lead. The last 15 minutes were all about the Romanians, Austria was no longer in the race neither for the qualification nor for the match. Romania walked away with a 9-goal victory from Stockerau that means Romania qualified seemingly easily for the world championship.